It’s going to be baby No. 3 for the Jersey Shore crew! JWoww announced on Christmas Day that she’s the latest cast member who’s expecting a baby. 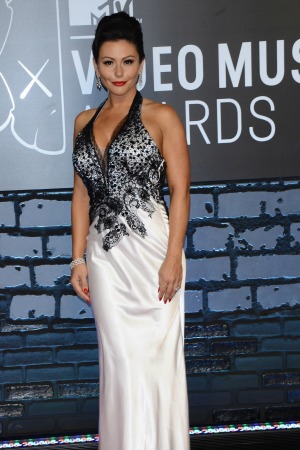 If you thought the cast members of Jersey Shore would go away after their show was canceled, think again. They are multiplying! Jennifer ‘JWoww’ Farley announced on Christmas Day that she is expecting her first child with fiancé Roger Mathews.

Farley announced the news in a holiday card on her website.

Included in the card was a sonogram of their baby. The dad to be was pretty excited, too. He revealed the news and sonogram to his Twitter followers.

The news comes on the heels of Pauly D becoming a father after a one-night stand in Vegas. He recently met his daughter Amabella and is now fighting for custody.

Of course, this is great news for Farley’s BFF Nicole “Snooki” Polizzi, who gave birth to her son Lorenzo more than a year ago. She’s ready to dispense the mom advice to her best friend, which JWoww posted on Instagram.

While that might seem a bit TMI, Polizzi was obviously thrilled about the news.

JWoww revealed that her baby will be due in July 2014, so she and her fiancé have plenty of time to get ready.