Zoe Saldana is the definition of a confident, strong woman. But the actress has a secret wish to one day make a drastic change to her body. 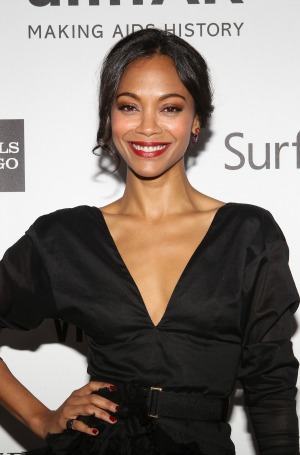 Zoe Saldana has had a busy year. She secretly got married to Marco Perego, starred in multiple films and seems to have everything she could possibly want. But she revealed some of the things she is hoping for in the future. One of those things is somewhat surprising — Saldana told Lucky magazine she wants new boobs.

“You always want what you don’t have,” Saldana said about her current body.

The actress said she has thought about it so much, it has become one of her life goals.

“My whole life I’ve been obsessed with breasts. I love them,” Saldana explained. “I don’t like fake things, but I wouldn’t mind buying myself a pair before I die.”

Saldana’s body image feeds into her fashion sense as well.

“I like looking strong,” she said. “I don’t need someone to open the door for me. I can open a jar! For some reason, dressing very delicately brings out a fragility that compels people to help you and I don’t like it.”

Saldana is staying as busy as ever and will be seen next in Nina, a film about Nina Simone, and Guardians of the Galaxy. She is also rumored to be starring in the sequel to Avatar.