Kendall Jenner and Harry Styles may or may not be a couple, but Jenner’s brother has some harsh words for Styles if he does want to make Kendall his girlfriend. 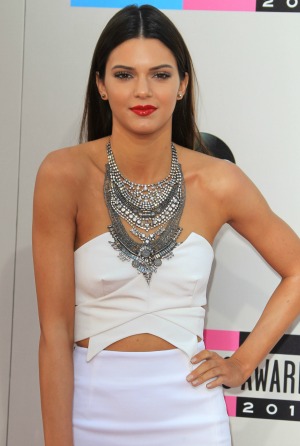 Harry Styles and Kendall Jenner still haven’t confirmed any sort of relationship, but the pair have been seen together numerous times in recent weeks. Styles has been known as quite the heartbreaker in the past, with girlfriend Taylor Swift and others. But this time he may be the one who gets hurt. At least according to Jenner’s brother Brody Jenner.

15 Near-nude images of the Kardashian clan >>

“I hate to tell you this, but Kendall will be doing the heartbreaking,” Brody reportedly told the New York Daily News.

Styles has been linked to a few different women recently including Gavin Rossdale’s daughter, Daisy Lowe, but he has been out with Kendall in both New York and London recently.

“I’m sure she’s having a fun time with him,” Brody said. “She has a very level head, great head on her shoulders. But they are both so young.”

Kendall explained that there is no romantic relationship between the two, saying, “We’re friends. He’s cool,” when she attended the American Music Awards.

The line is apparently not as clear for Styles, who told Piers Morgan, “I mean, we went out for dinner, but no, I guess,” referring to a dinner he had with the Kardashian child.

Styles had better watch himself if what Brody says is true, and matriarch Kris Jenner has not yet commented on the relationship. She was asked by E! News if Styles would be attending their Christmas party and she responded by saying, “I do not know who’s coming to that party right now, but it’ll be fun. Friends and family.”

Kendall and Styles have both been linked to others and seem to be playing the field. But if they do finally admit they are a couple, they seem to be the power couple with a lot in common.