Kris and Bruce Jenner shocked the world when they announced they were separated earlier this year. But Kris said their new living arrangements have actually strengthened their relationship. 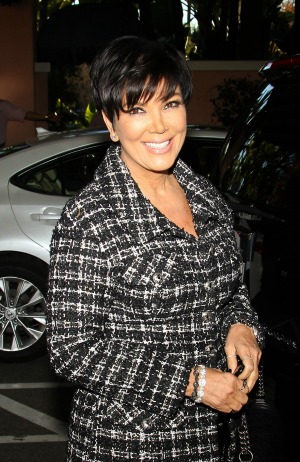 The Kardashians have had their ups and downs in 2013, with two separations or divorces in the family. Khloé Kardashian filed for divorce from her husband, Lamar Odom, earlier this month, and her mom, Kris Jenner, and stepdad, Bruce Jenner, announced they had been living separately for a while.

But the Kardashian/Jenner matriarch said there is no bad blood between she and Bruce, and the separation has been a good thing for their friendship.

The couple haven’t yet announced a divorce, but said their separation has strengthened their relationship with each other.??

“We don’t bicker as much,” she said. “We were starting to sound like some old sitcom from the ’50s. I listened to myself and didn’t like me. Everyone is happier.” ?

Kris has been rumored to be dating other men since the separation. But she said she and her husband have been spending more time together recently, and “we enjoy seeing each other more now.” The new relationship has had a positive impact on her children as well — all six of them.?

“The kids are great,” she said. “They notice the difference and how the energy in the house has shifted and how great everyone is.”

Kris didn’t say she and Bruce would be spending Christmas together, but did say they have been spending the holiday season with each other.

“Bruce came over last night because he just had to see the tree again! It’s really fun. I get so excited during the holidays,” she said. “I get excited when he’s coming over. We enjoy seeing each other more now.”