When 17-year-old Breeanna set out to find the man who donated sperm and made it possible for her mother to have her, she stumbled upon something truly surprising: 15 half-siblings. Is the story in MTV’s Generation Cryo a common occurrence or a rare mishap? 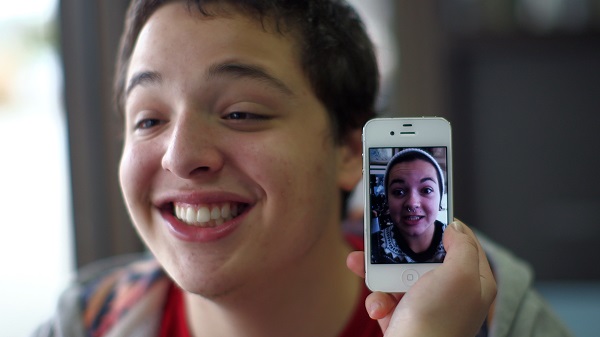 When Generation Cryo premiered last month, it caused quite the stir. In the process of trying to meet her father (sperm donor #1096), 17-year-old Breeanna found out she had 15 half-brothers and sisters whose parents were all given sperm from the same donor. Add to that the crazy story of the recent Vince Vaughn movie, Delivery Man, in which a man finds out his donated sperm was used to father 533 children and suddenly there’s tons of hype about the overuse of donations and whether that’s common practice. The truth is, though, that it’s mostly just hype.

“It is unlikely one donor can donate to one hundred women,” says Dr. Jane Frederick of California’s HRC Fertility. “There are strict guidelines that registered clinics follow with a limit on the number of offspring each donor can produce in that community.”

According to Frederick, those guidelines involve a lot of math and strict federal monitoring. Calculations involving the amount of pregnancies a donor has already produced are used to determine how many more times a company should continue to sell donations from one person. Moreover, the FDA and individual states have rules in place to avoid the spread of disease from donor to user.

In other words, Breeanna’s case is a very rare circumstance and the case in Delivery Man is even moreso. To a certain extent, MTV is creating a bit of bad press for the use of insemination instead of adoption. It’s suggesting that the uniqueness of a child conceived by donation may, in fact, be half factory-made, with a dozen or more half-copies of your child running around the world. That couldn’t be further from the truth, though. Just as shows like Find My Family and Who’s Your Daddy? showcase the often heartbreaking truth of adoption, in the end one is just as useful as the other. And fertility specialists like Frederick aren’t worried about the ill-effects a show like Generation Cryo could have on business.

“The recent movies regarding sperm donation may allow women to see the opportunities available to them,” Frederick told us. “I envision a surge in interest in this technique as well as children wanting to find their half siblings through donor registries.”

As for Breeanna, her story began last month when, in an effort to find donor #1096 on the Donor Sibling Registry, she stumbled upon more than a dozen half-siblings. In the finale tonight, she decides whether to pursue a relationship with her recently discovered father or to move on with her life without knowing him. Surprisingly enough, her mother is 100 percent onboard with Breeanna getting to know her father. After all, he was instrumental in her creation.

Is the idea of one donor’s contributions being used to father so many children really so bad after all? Perhaps it’s most daunting for the donor, should he find out and have to decide whether to forge a relationship with (possible) multiple children. In Breeanna’s instance, though, it seems to have worked out for the best. She’s gained a larger circle of family, even though not all of her half-siblings care about bringing another possible father-figure into their lives.

While Generation Cryo could be seen as bad press, it’s entirely possible it will also do some good by exposing other donor-produced children to the Donor Sibling Registry and give them the chance to expand their family, as well as (possibly) have vital health and personality questions answered by their “father.” What do you think? Was Generation Cryo an interesting story or something more?