It’s another celebrity baby name that might have a few people chuckling. Kate Winslet named her new son after an animal. 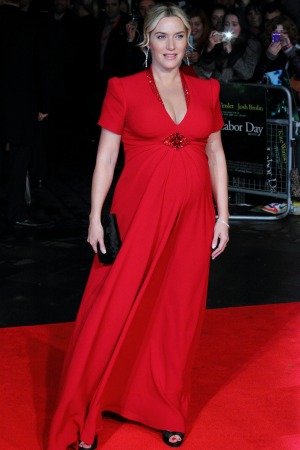 Kate Winslet sure knows how to keep things interesting. After giving birth to her third child on Dec. 7, fans eagerly awaited the name of her new son. The actress and her husband Ned Rocknroll definitely came up with a unique name.

Get ready for baby Bear Winslet! The name was confirmed by her spokesman to People on Monday. Bear joins his half-siblings, Mia, 13, and Joe, 10. Mia’s dad is Jim Threapleton and Joe’s dad is director Sam Mendes.

While the name may be a bit odd to some, he will join a few other Bears in Hollywood, like the British outdoorsman on Man vs. Wild, Bear Grylls, and Alicia Silverstone’s son, Bear Blu. Of course, the Titanic star’s husband also has a one-of-a-kind moniker since he officially changed his name from Abel Smith to Ned Rocknroll.

The couple married in early December 2012 after dating for a little over a year. He’s the nephew of Richard Branson, the Virgin empire tycoon, and currently works with his uncle on the Virgin Galactic project, which plans to send passengers outside Earth’s atmosphere beginning in 2014.

Jamie Dornan and his wife welcome a new baby >>

Winslet is currently nominated for a Golden Globe for her work in the film Labor Day. She is expected to make her first post-maternity appearance on the red carpet for the Jan. 12 awards show.

Hopefully, Ryan Seacrest will get a good quote on the red carpet about her new baby Bear at the Golden Globes.