Beyoncé managed to keep her latest self-titled album a secret, but the songstress is not as secretive about who has inspired her to be the powerful woman she is today. 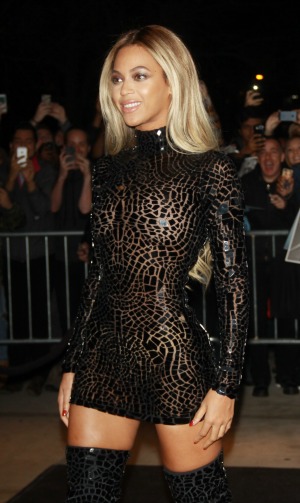 Beyoncé is one of the most powerful female singers around, and she just keeps getting better and going from strength to strength.

The “Single Ladies” hit-maker has just released a new self-titled album, and she is making waves with her Mrs. Carter Show World Tour. But one thing we didn’t know is that the songstress was inspired by yet another powerful female artist: the Queen of pop, Madonna.

Beyoncé revealed her inspirations when she held a special screening of her “visual album” at the School of Visual Arts in New York City on Saturday.

The “XO” singer addressed the crowd, saying, “I felt like I wanted to follow in the footsteps of Madonna and be a powerhouse and have my own empire.

“And show other women when you get to this point in your career, you don’t have to go sign with someone else and share your money and your success. You can do it yourself.”

The admiration and respect is felt from both sides because Madge was equally as impressed by Beyoncé, and she was thrilled with the performance that she attended at the Barclays Center in Brooklyn, New York, last Thursday night.

The 55-year-old star took to Instagram to post two pictures of Beyoncé: one with Madonna’s 8-year-old daughter, Mercy James, and another of the 32-year-old star performing — which Madonna captioned, “Mrs. Carter crushes the BK with her bad ass show! Girls run the world! #srtforfreedom (sic)”

Beyoncé’s new “visual” album is very impressive and has already received rave reviews. She explained to fans at the screening exactly what it means to her.

“I took all of my insecurities, all of my doubts, all of my fears and everything I’ve learned over the 17 years, and I applied it into this project.

“But more than the music — I’m proud of myself as a woman,” Beyoncé said. “The biggest message is owning your imperfections and all the things that make you interesting, because I refuse to allow someone to put me in anyone’s box.”