After four years of dating, Gabrielle Union and Dwyane Wade decided to take that next step. On Saturday, Wade put a huge ring on Union’s finger. 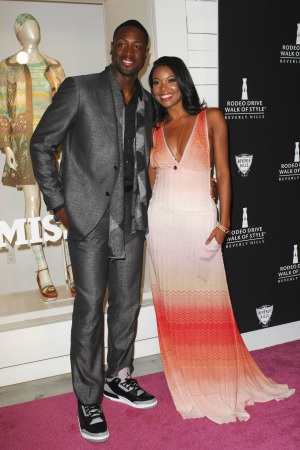 It’s going to be a happy holiday for Gabrielle Union now that her man put a ring on it. On Saturday, the actress shared an Instagram photo of a stunning engagement ring.

She captioned the photo, “Sooooo this happened… #Yessss.”

The lucky man is Miami Heat player Dwyane Wade. He posted the same photo on Instagram with a different caption, though.

The couple have been dating since 2009, and they have been hinting at a possible engagement. According to the Associated Press, their holiday cards were sent from the “Wade-Union Family.”

The ring is a stunning 8.5-carat, cushion-cut diamond ring custom designed by Jason of Beverly Hills. TMZ is reporting that the ring is worth nearly $1 million and that the jeweler made three trips to Miami so the NBA player could find the perfect stone for his bride-to be.

This will be the 41-year-old actress’ second marriage. She was previously married to former NFL player Chris Howard. The couple ended their marriage in 2006. This will also be the 31-year-old athlete’s second marriage. He married his high school sweetheart, Siohvaughn Funches, in 2002. During their five-year marriage, they had two sons together: Zaire, 11, and Zion, 6. Wade has sole custody of his children.

Besides planning a wedding, the Bring It On star has Think Like a Man Too coming to the big screen in 2014.