They’ve been arguing all fall, but it looks like Gwyneth Paltrow and Vanity Fair magazine are finally playing nice. 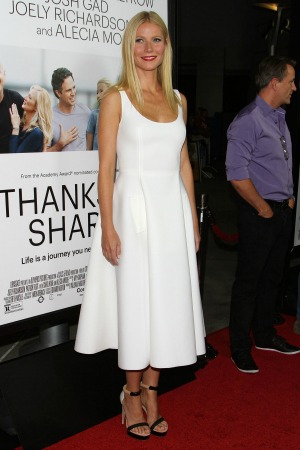 It looks like Gwyneth Paltrow and Vanity Fair editor-in-chief Graydon Carter are ending the year on a high note. After months of a standoff between the actress and the magazine, it appears the feud is over.

According to Us Weekly, the two had a discussion that led to the end of their tiff.

A source told the magazine, “Gwyneth and Graydon spoke on the phone a few weeks ago. They worked out some of their differences.”

The issue began in the fall when Vanity Fair was working on a cover story about the Iron Man star that included an alleged affair she had with billionaire Jeff Soffer. The New York Times even reported that Paltrow emailed her celebrity friends and asked them not to cooperate with magazine.

That tactic didn’t work, so the 41-year-old actress decided to take it one step further. She demanded that her friends avoid attending Vanity Fair‘s coveted Oscars party in March. That’s a big sacrifice when their after-party is considered to be the best of the night.

The insider thinks that their recent chat smoothed out the rough patch between Paltrow and Carter.

The source revealed, “There may be a story, but it won’t be as bad as it originally was going to be.”

As for the alleged infidelity rumors, no one has been able to substantiate the story with concrete evidence.

Now that they’ve kissed and made up, will Paltrow still be invited to their Oscars party?