With Scandal off for a while, ABC brings in the based-on-a-true-story spy drama The Assets to fill in the time. We’ve got five reasons you’ll want to check it out. 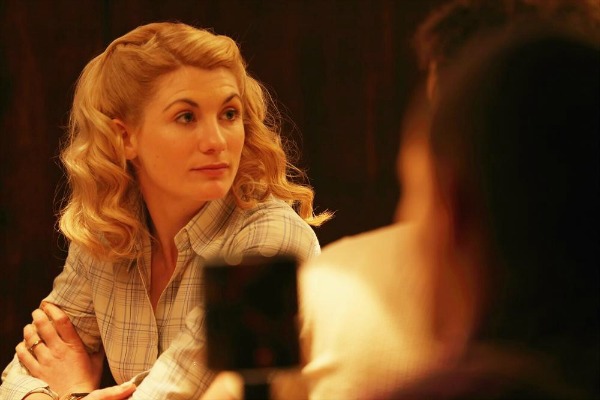 Here’s an excerpt from the official synopsis on ABC:

The Assets is an eight-part miniseries based on the real-life events of CIA counter-intelligence officer Sandy Grimes (Jodie Whittaker). 1985 serves as the backdrop to the final showdown of the Cold War when Sandy and her partner Jeanne Vertefeuille (Harriet Walter) vowed to find the mole that would turn out to be the most notorious traitor in U.S. history, Aldrich Ames (Paul Rhys). Sandy is in a race against time to save the Soviet intelligence officers from being caught and killed. Living her own double life at home, this beautiful wife and mother vowed to stop at nothing until she uncovered the truth. The Assets will look inside the true, personal stories of the conclusion of the Cold War as told by the keepers of the nation’s secrets: the CIA.

Whittaker brings a lot of heart to her portrayal of Grimes and watching her struggle to keep her professional and personal lives compartmentalized is at times heartbreaking. But it’s that humanization of the character that makes her multidimensional. She’s tough but human, which appears to be a rare thing among her peers.

There’s just something about seeing all the characters in ’80s clothes and hairstyles that makes the show a lot of fun to watch. The era makes all of the spying interesting as well. Whereas today secrets might flash across encrypted computer screens, back then they were written on paper and passed in envelopes in secret meetings.

Because it takes place in a simpler time, it might be easy to think that the action is on a smaller scale. But though there aren’t any major explosions or action sequences, there’s still plenty of intensity. In the first episode, there’s a sequence involving what should be a simple drop-off that seemingly goes on forever. Most of it is done with no dialogue, yet the quiet adds to the drama and by the end of it you’re going to be biting your nails to see how it turns out.

A show about spies is going to have drama in it, of that there’s no doubt. But you may not expect it to have moments that tug at your heartstrings. These moments happen at unexpected times and in unexpected ways. In addition to tugging at your heart, they’ll also have you shaking in fear.

When speaking of the ending, it’s specifically the ending of the first episode that will get you. A good ending is one that leaves you breathless and wanting more and that’s exactly what you’ll get at the end of the first episode. Just when you think you’ve got everything figured out and that all is quiet in the lives of Grimes and her coworkers, the episode has one final shocker in store.

Do you plan to watch The Assets when it premieres on Thursday, Jan. 2 on ABC?