Justin Bieber was supposedly joking about retiring from show business. But when asked again recently, he didn’t deny he was looking to get out. 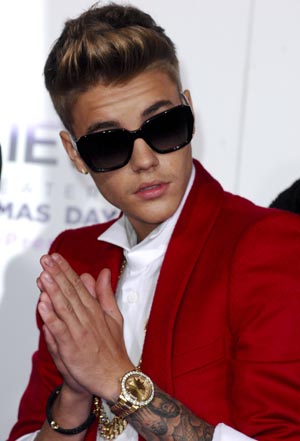 Justin Bieber announced earlier this week he was retiring after his latest album, but it was taken as a joke and his reps confirmed he was not going anywhere. However, when he was asked again on Thursday night he said he wasn’t sure it was a joke.

While at the premiere of his new movie Believe last night, the famous pop idol answered the question about the seriousness of his retirement comments by saying, “I don’t know if that’s a joke. I don’t know. I don’t know.” And, according to Hollyscoop, he seemed very serious.

But Bieber’s manager, Scooter Braun, cut right into the interview saying that the 19-year-old singer was not even close to retirement and was just taking “a short break for himself,” the site added.

Not only that, but apparently the video of that interview was taken down by MTV and is no longer available, the site claimed.

Of course, soon after those words, his reps were quick to clarify that the young Canadian star was only joking.

So is he just toying with his fans, or is the Biebs really ready to stop singing?

Given his latest controversies — including his hard partying ways, stomping on flags, destroying hotel property, graffiti defacing and yelling at photographers — Bieber may want to reconsider his joke. Perhaps some time off for reflection could be a welcome idea.