A new video reveals the full extent of Phil Robertson’s bigotry, but despite this, the rest of the cast says they might walk if he is not brought back to the show. 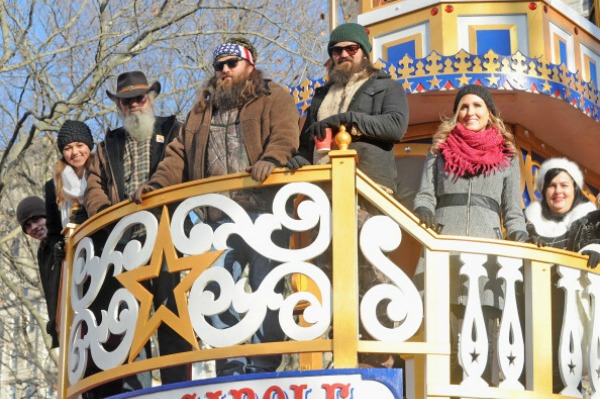 The trouble has just begun for controversial reality star Phil Robertson. A new video has surfaced of the Duck Dynasty patriarch that shows the full extent of his hatred toward gays, blanketed under the guise of religion.

The blistering rant is an hourlong speech Robertson gave at the Berean Bible Church in Pennsylvania in February 2010 — two full years before the show aired and became a hit.

“Is this going on in America right now? Look around… boy, is there some immorality going on around here!” Robertson says in the video, going on to call gays “ruthless,” “insolent, arrogant God-haters,” and “full of murder,” then going into graphic detail about sex. “They bow down to birds, animals and reptiles and each other and the first thing you see coming out of them is gross sexual immorality.”

Robertson goes on to quote Romans 1:26-32 before demonstrating his duck calls.

Robertson was indefinitely suspended from the show by A&E after his interview with GQ magazine blew up in the press. Now the future of the entire show is in question, as the rest of the cast said in a statement that they can’t imagine going on without the patriarch.

“We want to thank all of you for your prayers and support,” they said in a statement. “The family has spent much time in prayer since learning of A&E’s decision. We want you to know that first and foremost we are a family rooted in our faith in God and our belief that the Bible is His word. While some of Phil’s unfiltered comments to the reporter were coarse, his beliefs are grounded in the teachings of the Bible.”

Kid kicked out of school over Duck Dynasty shirt >>

“Phil is a Godly man who follows what the Bible says are the greatest commandments: ‘Love the Lord your God with all your heart’ and ‘Love your neighbor as yourself.’ Phil would never incite or encourage hate. We are disappointed that Phil has been placed on hiatus for expressing his faith, which is his constitutionally protected right. We have had a successful working relationship with A&E but, as a family, we cannot imagine the show going forward without our patriarch at the helm. We are in discussions with A&E to see what that means for the future of Duck Dynasty. Again, thank you for your continued support of our family.”

Tell us: Does A&E have the right to fire Phil Robertson?