Daytime is putting Katie out to pasture. It’s been confirmed that Katie Couric’s talk show is no more. 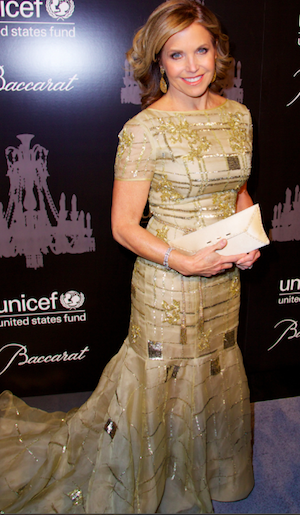 Katie Couric‘s self-titled talk show Katie has gotten the axe. The series is coming to an end after two seasons.

The journalist-turned-host was unable to find her niche in the daytime market. With competition from other newbies such as Queen Latifah, Steve Harvey and Bethenny Frankel, we knew someone would come up short.

According to the New York Daily News, representatives for Couric and ABC Domestic Television released a statement saying:

“While production will continue on Katie through June 2014, we’ve mutually agreed that there will not be a third season of the show. We’re very proud of everyone’s contributions to making Katie the #1 new syndicated talk show of 2012-2013, and we look forward to the rest of the season.”

Sources claim the show’s creative direction may be to blame. Couric was pushing a more news-centric angle while producers wanted to mimic the competition. They were moving toward celebrity-centric fare.

In terms of ratings, Katie was middling at best. It wasn’t a breakout, but it wasn’t terrible either. It recently averaged 2.17 million viewers. In the end, the ratings weren’t its biggest problem — it was the other numbers that put the final nail in the coffin.

Katie came with a huge price tag of $50 million in its first season. That’s much more than the average talk show. Even though cuts were made during the second season, it still didn’t warrant such a huge investment.

Luckily, Couric isn’t crying over spilled milk. She already has a new gig as a global anchor over at Yahoo.