Brothers Liam and Noel Gallagher may be ending their feud once and for all, if their mother gets her way. 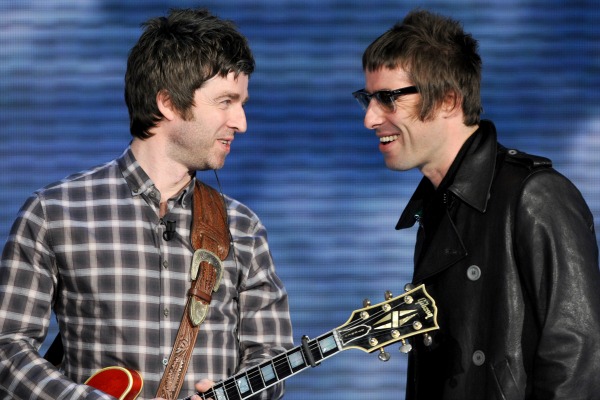 Liam and Noel Gallagher may be siblings but there is no love lost between them. The pair have been engaged in a very public feud since Noel quit their band Oasis in August 2009.

The reason things fell apart is because there was a backstage fight that occurred in Paris and the two have been unable to see eye to eye since then. However, their mother Peggy has had enough, and she has ordered them both to attend a family wedding next week.

The wedding ceremony will be held in Ireland at the K Club in Kildare, and the rockers’ mother has warned them that they both better be there and on their best behavior.

A source revealed to the Daily Star newspaper: “Noel and Liam refused to go at first. They still don’t want to see each other. But Peggy has insisted that they are both there.”

“A few family members are expecting it to be very awkward. But Peggy has told them there is to be absolutely no drama or fighting on the day. She thinks they will surprise everyone though by sorting their issues out once and for all.”

There have been rumors that the two estranged brothers may reunite and reform their band Oasis in the future. According to previous reports from the Daily Mail, they were offered a lucrative deal and two massive 2014 gigs to mark the 20th anniversary of their debut album Definitely Maybe.

It is believed lead vocalist Liam would like to reform the band and reconnect with his older brother, but the guitarist wants none of it.

A source close to Noel apparently revealed to The Mirror: “There were hopes he would do it, but frankly, he just doesn’t want to. The Oasis reunion is well and truly off.”

“He has refused all offers, it got to $20 million, but even the lure of money like that just didn’t work.”

“Liam is very keen to get back together, if only for the money, but Noel is having none of it,” the source said.

We wonder if they will be able to get through a family wedding in peace?