Marie Osmond is welcoming another member into her large family. Earlier this week, her son officially made her a grandmother. 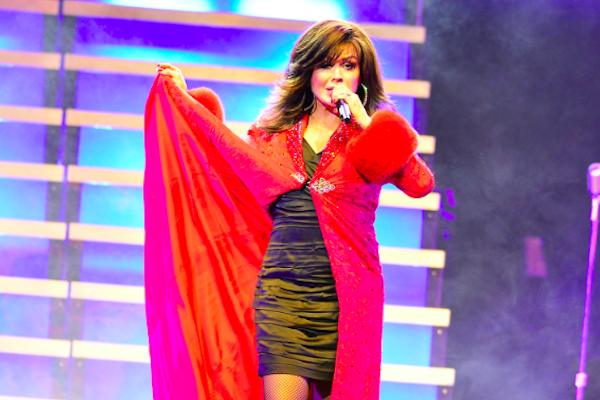 On Wednesday night, Marie Osmond shared some great news with her Twitter followers. She confirmed that she is a new grandmother. The 54-year-old’s eldest son Stephen Craig and his wife Claire are the proud parents. She wrote, “Hey everyone …..I just became a GRANDMA!!!!!!!!” She continued, “It’s a boy!”

Marie Osmond announces that she is going to be a grandmother >>

Osmond hasn’t shied away from the grandmother title. According to People, she’s been bragging about it since last summer. In June, she appeared on CBS’ The Talk, where she broke the news. “I’m going to be a grandma. And I just can’t wait,” she said.

“We went in for my son — for his birthday — he turned 30, which is amazing cause I’m 29. He blew out the candles and then blew me away and said, ‘You’re going to be a grandma!’ So, it’s really fun.” Aww, what a way to spill the beans.

It’s hard to believe Osmond has a son in his 30s, but she does. It’s probably because she looks so great. In recent years, the singer has really taken care of herself . She’s made it a point to maintain a healthy lifestyle. Everything changed once she became a celebrity spokesperson for Nutrisystem. She has lost more than 40 pounds on its plan.

Meanwhile, Osmond’s grandson came just in time for the holidays. We’re sure their household will be filled with a little extra joy this year.

Congrats on their new addition.

Can you believe Marie Osmond is a new grandmother?