Veteran actress Kim Basinger isn’t done burning up the screen. She recently signed a modeling contract with one of the nation’s largest agencies. 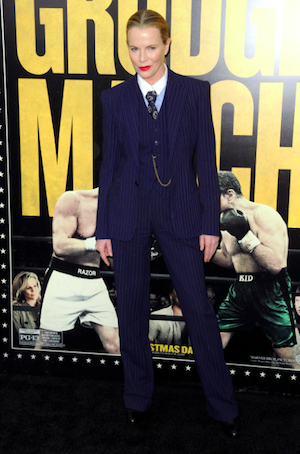 Women of a certain age need to take note. You can still turn heads after the big 4-0 — just look at Kim Basinger. The 60-year-old actress is embarking on a career as a professional model. The news comes shortly after her teenage daughter Ireland Baldwin signed her own modeling deal in March.

Basinger has joined the IMG Models label. According to The Hollywood Reporter, the elder will be a formidable addition to its roster. In a statement, Ivan Bart, senior VP and managing director of IMG Models said, “We are proud to be working with a distinguished and talented actress such as Kim Basinger. Kim has a powerful appeal on screen that will lend itself as a strong asset for us to seek innovative partnerships across the modeling and entertainment platform for Kim.”

Anti-aging: 4 Reasons we age and how to slow down the clock >>

Quality roles for women in Hollywood are few and far between, but Basinger is actively seeking work. Later this month, she will star alongside Robert De Niro and Sylvester Stallone in the comedy Grudge Match.

Basinger stunned photographers with a bold new look when she walked the red carpet for the film’s premiere on Monday. Instead of wearing a dress, she opted for a dark pinstripe suit. She wore a bright red lip, and her hair was slicked back in a low ponytail.

It was as if she was trying to tell us, “Kim Basinger the model has arrived!”

What do you think of Kim Basinger’s new career path?