Who says you can’t go home? Not Mike Posner! The “Cooler Than Me” singer heads home to run amuck for the video of “Top of the World.” 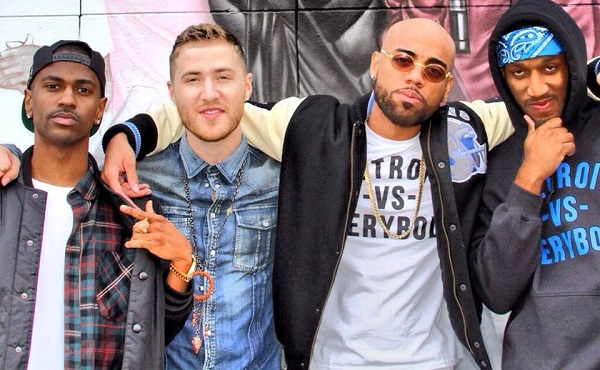 Detroit has seen some hard times lately. Motor City is shipping its automotive jobs elsewhere and the city’s bankruptcy is the largest in history both in terms of debt and population. But, it’s all sunshine when Mike Posner is around.

Posner’s latest music video is shot almost entirely in his hometown of Detroit. “Top of the World” features Posner running rampant through the city’s streets, schools and professional ball fields. It even stars a few professional hockey players. And despite the bleak future of Detroit, Posner is all smiles.

Why? Well, the dude certainly has a lot to be happy about. Posner rocketed to fame in 2010 with his breakout single, “Cooler Than Me,” which he actually recorded in his dorm room at Duke University. Now a university grad and a Platinum-selling artist, Posner is bigger and happier than ever. And you’ve probably heard more Posner songs than you realize. He’s also written and produced songs for multiple other artists including Emeli Sande, Nelly and Whiz Khalifa. Moreover, Posner’s name can be found on such huge hits as Justin Bieber’s “Boyfriend” and Big Sean’s “What Goes Around.”

“Top of the World” is Posner’s first single off of his upcoming album, Pages, and it’s set to be just as big a hit. The redemptive song starts with Posner talking about a quote he’d once scrawled in his notebook, “My smiles don’t result from good things, they result in good things.” That truth is never more obvious than in the video. As Posner talks about the plan he has for ending up even better than where he is now, the video shows his infectious, hopeful grin spread to absolutely everyone around him. He may spend the majority of the video goofing off with friends around his hometown, but his message is serious: He plans on making the best of the world around him.

We wish Posner all the best. Something tells us with him on their side, Detroit might turn out alright, too.

Want more music news, reviews and interviews? Sign up for our newsletter! >>

Images courtesy of It Girl PR and Mike Posner via Facebook