Could Transcendence be the next sci-fi blockbuster? The Wally Pfister film examines man’s desire to be all-knowing and eventually all-powerful. 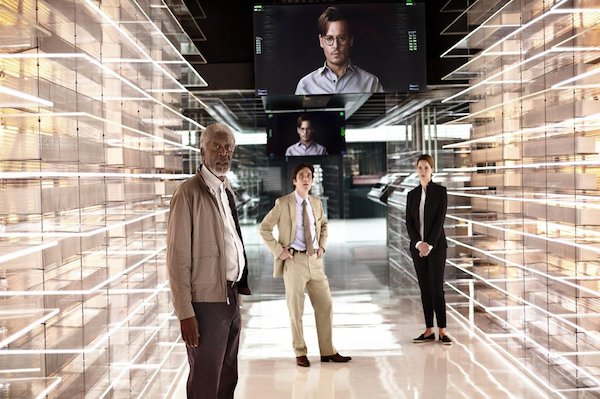 Warner Bros. is giving us another look at Wally Pfister’s directorial debut Transcendence. The Oscar-winning cinematographer, who frequently works with Christopher Nolan, is taking a page out of his book. Transcendence is a sci-fi film featuring a charismatic leading man (Johnny Depp) and a strong supporting cast.

Johnny Depp: Dropping out of acting isn’t too far away >>

The film co-stars Morgan Freeman, who uses his famous voice to narrate the latest trailer. In it, he teases the future of the human race. Freeman asks, “What if all our knowledge, all our accomplishments and all our achievements can be learned in mere minutes? What if humanity’s next evolution wasn’t human at all? What happens when artificial intelligence becomes self aware? Is it the key to immortality or is it the path to annihilation?”

That’s pretty heavy stuff. The official synopsis for Transcendence centers on an artificial intelligence researcher named Dr. Will Caster (Depp). He’s developing a sentient machine that has a record of every form of intelligence, as well as human emotions. As you might suspect, Caster becomes the target of several groups looking to stop his work. But their anger only fuels his desire to continue.

At what point does his quest for knowledge becomes self-destructive? We must admit, it’s great to see Depp tackling something of this nature. It’s a welcome change of pace from The Lone Ranger and the Pirates films.

Watch the Transcendence trailer below:

Transcendence opens in theaters and IMAX on April 18.