Here’s the first official look at the cast of The Expendables 3. They appear in a new trailer, which introduces the muscle-filled lineup. 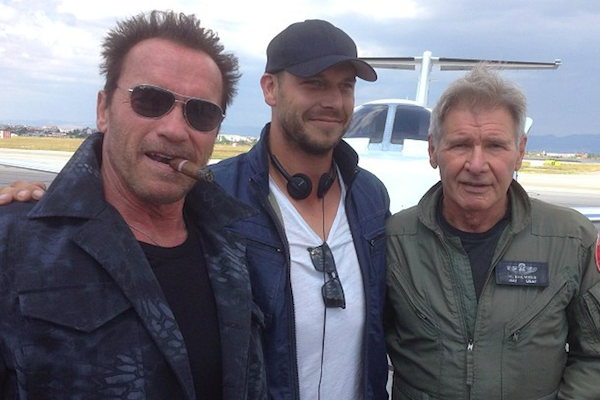 Can you smell the testosterone in the air? Thursday, Lionsgate released a teaser trailer for Sylvester Stallone‘s The Expendables 3. It’s the latest in the franchise that keeps getting bigger and more macho. The trailer introduces a new expanded cast that features a list of veteran stars.

The Expendables 3 will once again feature Stallone as Barney, and his team of rogues. In the first film they battled Eric Roberts, in the sequel they took out Jean-Claude Van Damme but now they may have met their match in Mel Gibson. The Oscar-winning actor plays Conrad Stonebanks, the long lost co-founder of The Expendables.

Barney and Stonebanks parted ways when the latter became obsessed with money and power. He got his hands dirty as an arms dealer and Barney was forced to kill him. Or did he? Stonebanks has returned from the dead and wants to wipe out The Expendables once and for all.

In order to bury old blood, Barney has to bring in new blood. That’s how we’ll get a younger crew that’s faster, smarter and more tech-savvy than the original team. Some of the newbies include Twilight’s Kellan Lutz, MMA star Ronda Rousey and welterweight boxing champion Victor Ortiz.

Stallone hasn’t forgotten about his peers. You can also expect appearances from Wesley Snipes, Antonio Banderas, Kelsey Grammar and Harrison Ford. Next summer, get ready for The Expendables 3 to pump you up.

Watch the teaser trailer for The Expendables 3 below:

The Expendables 3 opens in theaters Aug. 15.