The twin sons of Charlie Sheen and Brooke Mueller could be spending Christmas in foster care after discrepancies were found regarding their current guardian. 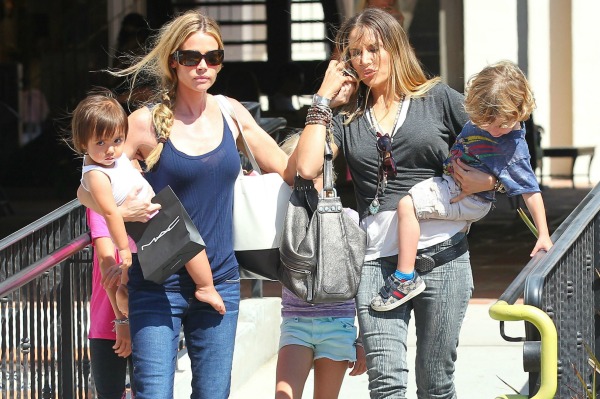 A confusing year may end on an even worse note for the young twin sons of Charlie Sheen. Child Protective Services have been presented with evidence of glaring inconsistencies in mother Brooke Mueller’s drug rehab program and with the care they are receiving from their current guardian, Mueller’s brother Scott.

An insider told RadarOnline, “There is a very real possibility that Bob and Max could be placed in foster care because evidence was also uncovered regarding their temporary guardian, Scott, that is riddled with glaring differences in version of events. The department is taking this very seriously, and are considering recommending the boys be placed in foster care, pending the outcome of the investigation.”

“Charlie can’t get custody of the boys, even if he were to have ’round-the-clock nannies, because of his past behavior,” the source explained. “Brooke’s parents won’t be considered. It’s such a sad situation, but the safety and well-being of the boys comes first. Such drastic action wouldn’t be taken unless it was necessary, and sadly, it is.”

But! Denise Richards to the rescue, maybe! After telling DFCS that she could no longer care for the boys since their mother would not allow her to have their horrifying behavioral problems evaluated, she has since changed her tune after hearing they could be spending Christmas with strangers.

“Denise reached out to DCFS and said under no circumstances does she want Bob and Max to be placed in foster care,” another source told Radar. “Social workers were impressed with Denise’s commitment to the boys. If the boys were to come back to Denise, she said they would have to be properly tested and assessed for their behavioral issues. She never wanted to give the boys up, but Brooke refused to allow them to be seen by doctors.”

A judge has ordered an administrative hearing to be held at the conclusion of the renewed DCFS investigation.