Kate won’t be surrounded by Pete’s family anymore, because her mom is about to make an appearance on Trophy Wife. 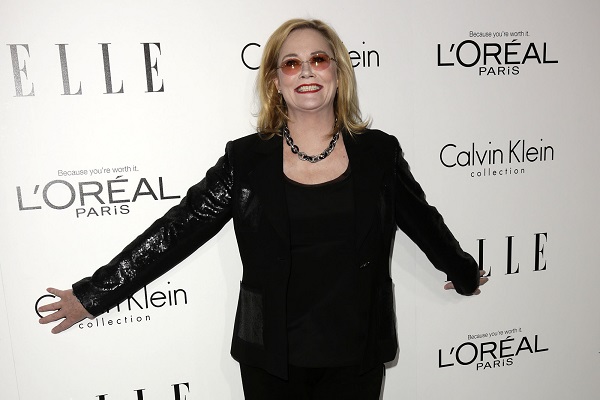 Trophy Wife has been one of the brighter spots on the comedy lineup this year, but there has been something missing — viewers have never had an opportunity to meet any members of Kate’s (Malin Akerman) family. That’s about to change.

Why you should be watching Trophy Wife >>

E! Online announced today that Cybill Shepherd has been cast as Kate’s mom, Cricket. She’s described as “a fun-loving, spontaneous wild child” whose arrival quickly throws “Kate’s family life into chaos.” Could it be that the apple didn’t fall far from the tree? That sounds a lot like the Kate viewers got a glimpse of on the night she met Pete (Bradley Whitford).

Shepherd will make her first appearance at the end of Episode 17 (which makes it sound like a bit of a surprise), and will be featured more in depth on Episode 18. Shepherd has starred in Moonlighting, Cybill, The Client List with Jennifer Love Hewitt and was cast as Shawn’s (James Roday) mother on Psych opposite Corbin Bernsen.

There aren’t many details about what Cricket and Kate might get up to while mom is in town, but considering her fun-loving spirit, it’s a good guess that there will be a little bit of partying, some fun as Cricket gets to know her new grandchildren, teasing and flirting with her handsome new son-in-law and the requisite clashing with the ex-wives.

Diane (Marcia Gay Harden) seems like the obvious choice for the most comedic fodder for scenes with Cricket and Kate. Let’s just hope that Cricket doesn’t let the cat out of the bag once and for all that Kate was never a barista and spoil all of the fun Kate has letting Diane think otherwise.