Kristin Cavallari visits Bethenny Frankel’s show on Friday to reveal a behind-the-scenes look of her time on The Hills. Nothing was real. 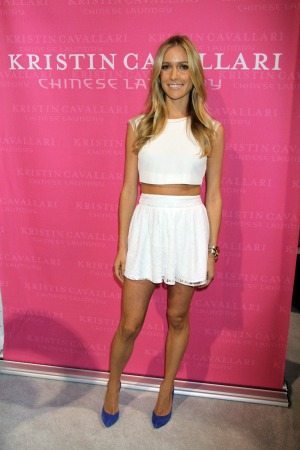 Kristin Cavallari is confirming something many viewers already knew, The Hills was so fake. She’s not the only cast member to reveal what went on behind the scenes. Spencer Pratt and Audrina Patridge have also backed up the former reality star’s claims.

In an upcoming episode of Bethenny, the pregnant TV personality shares a few of the fake moments on the MTV show.

Spencer Pratt graduates college, and it only took 10 years >>

She even goes on to talk about a specific moment with ex-boyfriend Brody Jenner whom she dated just after Laguna Beach ended. While they had long since broken up, the producers created a storyline about the two of them rekindling their romance. In real life, though, Jenner was dating Playboy Playmate Jayde Nicole.

The 26-year-old wife of Jay Cutler explained, “…They had us dating for a few episodes; they pretended like him and Jayde broke up and I was dating Brody and then Jayde and I got in a huge fight because she saw us out at the club, which wasn’t real at all. They were together the entire time.”

Even with such ridiculous storylines, there was never a script for the show. Astonishingly, the cast was prompted via text message.

Kristin Cavallari talks the real story behind The Hills‘ drug use

Pratt and Heidi Montag recently talked about similar issues with the reality show and a plot to get him to leave his future bride at the altar. While they went through with the wedding, the couple was so caught up in the fame and money that they did consider the option for a moment.

The Hills ended its six-season run in 2010. Cavallari’s appearance on Bethenny will air on Friday, Dec. 20.