According to casting chatter, hilarious Paul Rudd will be playing Ant-Man. Don’t feel bad… we’d never heard of that hero either. And, since it really bugs us not to be in the know, we put together a little crash course on the character (for both of our benefit). 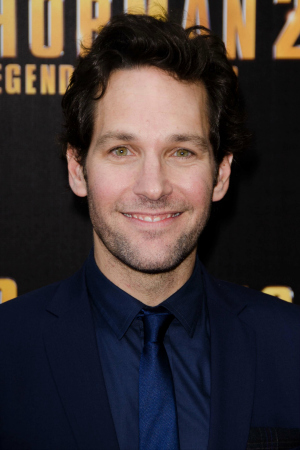 If we were to list all of the companies printing comics today, you might (A) be a comic buff who could have prattled them off yourself or (B) you know, be like me and express about as much interest in it as you would about pistons and other car parts (a piston is a car part, right?). Either way, the list is impressively long, but suffice to say there are two major players here: Marvel and DC. Marvel is responsible for power players like the Avengers and the X-Men. DC boasts teams like the Justice League and the Watchmen. Ant-Man is a creation of Marvel.

Yeah, so it’s kind of misleading. Ant-Man actually has several incarnations. Originally, the character was Henry Pym — a brilliant, starky (snarky + Tony Stark = starky… we just made that up, and we think it’s brilliant) man who created a chemical substance capable of altering his size. He would pop some of these “Pym Particles,” slap on a helmet that allowed him to control ants, and then shrink into a teeny tiny crime sleuth. He let his lady, Janet Van Dyne, in on the secret — and here’s where it gets a little weird…er — she decided to morph into his insect-size partner, known as the Wasp. The two lovebugs (couldn’t help it) went on to become founding members of the Avengers.

Later in his story line, though, Pym took on some other (equally obscure) aliases, like Giant-Man and Yellowjacket, leaving Ant-Man open for the taking. Rudd could then potentially be playing one of those: Scott Lang, a thief who unintentionally becomes a hero after he steal’s Pym’s Ant-Man suit, or Eric O’Grady, a low level S.H.I.E.L.D. agent who happens across the Ant-Man suit in the agency’s clandestine headquarters.

C’mon… you can’t have a superhero without a costume, right? In keeping with theme, we’ll try to sum up his getup for you, using fellow Marvel character descriptors. So, as for the traditional superhero spandex suit, we’re going to say Ant-Man’s most closely resembles Spider-Man’s — it’s red, blue and has breastplates. You know, the whole schtick. His ant-controlling helmet personally reminds me of the Great Gazoo (surely I’m not the only person who remembers him, right?) or Darth Vader, but my husband says I should stick with Marvel descriptors here. As such, I determined (and by I, I mean he but I’m totally taking the credit) that Ant-Man’s helmet resembles a hybrid of Iron Man’s and Magneto’s.

What do you think? Is Paul Rudd right for the role? Who else could have been a good Ant-Man?