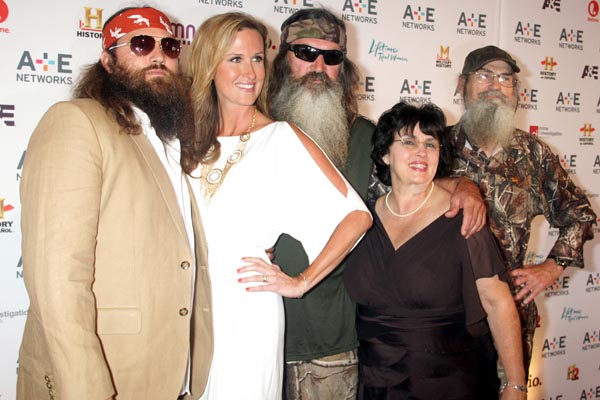 Referring to the recent controversy regarding the comments made by Duck Dynasty‘s Phil Robertson, Louisiana Governor Bobby Jindal has made a statement in support of the reality star.

After he was suspended from A&E’s popular reality show, Phil Robertson generated a slew of comments both for and against him in regard to the remarks he recently made about gays. One of these statements came from the governor of Louisiana, in which he expressed support of Robertson.

“I don’t agree with quite a bit of stuff I read in magazine interviews or see on TV. In fact, come to think of it, I find a good bit of it offensive,” Jindal said. “But, I also acknowledge that this is a free country and everyone is entitled to express their views. In fact, I remember when TV networks believed in the First Amendment.”

Jindal went on to add, “It is a messed-up situation when Miley Cyrus gets a laugh, and Phil Robertson gets suspended.”

Robertson’s family has also come out with support for the outspoken duck-call maker. His granddaughter Sadie, while not necessarily supporting his comments, made a statement on Twitter about the show’s patriarch’s tendency to pray frequently.

“Prayer is the best conversation of the day. It’s better to go to God before taking it to someone else.”

Additionally, Robertson’s publisher, Jonathan Merkh of Simon & Schuster, also defended him and his remarks in a statement to Publisher’s Weekly.

“In our experience publishing the Duck Commander books he has always treated one and all with the utmost respect regardless of political leaning, sexual orientation, or religious views,” Merkh said. “And we believe that the Phil Robertson we know is one properly represented by this statement from this GQ interview: ‘I would never treat anyone with disrespect because they are different from me. We are all created by the Almighty, and like Him, I love all of humanity. We would all be better off if we loved God and loved each other.”