Saturday Night Live is celebrating a night of big returns. Fallon and Timberlake are taking over the show! These two aren’t strangers, though. As a matter of fact, they’re actually a brilliant comedic duo. 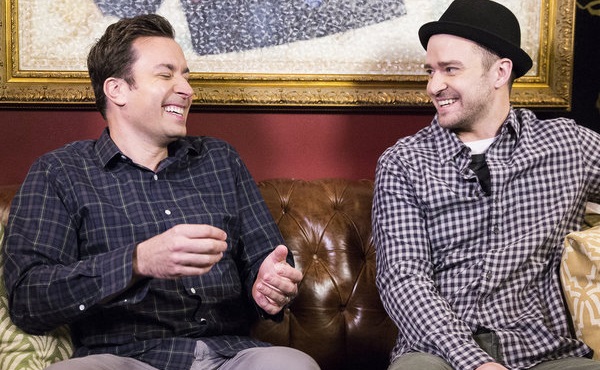 There’s so much to love about the Jimmy Fallon and Justin Timberlake bromance. They’re both hysterical and musically gifted so putting them on a stage together always equals pure gold. As we prepare for the special holiday episode of Saturday Night Live hosted by Fallon and starring musical guest Timberlake, we thought we should take a walk down memory lane for some of their best moments together.

The (infinite) History of Rap

It seems like every time Timberlake and Fallon get together, they embark on another journey through the history of rap music. They both have mad flow… especially as they change from song to song. Best part: Some genius on YouTube put all the parts (so far) on one video! (You’ve got 20 minutes, right?)

Those boys have some sick dance moves, don’t they?

Making fun of each other

The evolution of the touchdown dance was hysterical. We especially liked when Fallon showed off his Timberlake moves.

Later, JT sought his revenge by doing an impression of his BFF and late-night host, Fallon. Of course, they were soon on to much more important impersonations, like Milli Vanilli.

There was also the time they showed us a snippet into their childhood friendship and let us see what it was like to go to camp together as kids.

Let’s not forget the barbershop quartet, either! Timberlake and Fallon really know how to harmonize!

It’s not all fun and games for the two friends, though. Sometimes they feel the need to add a little social commentary to their visits. Like that time they spoke out on… hashtags?

Do you ever wonder what it must be like if Fallon and Timberlake get together with their wives and have dinner? We imagine a lot of champagne through noses and ice water spit-takes. Those ladies are lucky. At least we’ll get a little bit of that luck this Saturday when Fallon hosts Saturday Night Live with musical guest (and partner in crime) Justin Timberlake. You know we’ll be watching!