Girls returns in January and we have the details on the first four episodes. 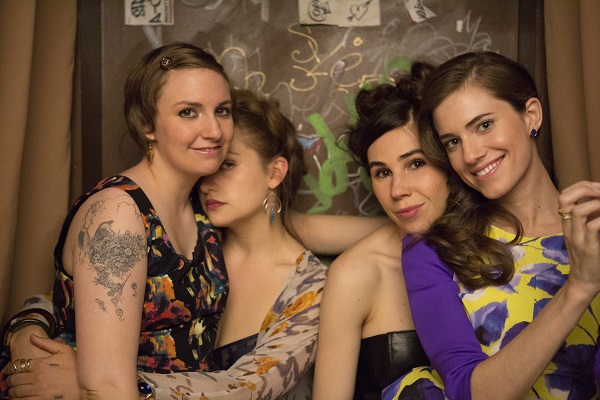 Upon its return to HBO on Sunday, Jan. 12, Girls will air two back-to-back episodes and then begin its normal schedule of one episode each week thereafter.

Get a sneak peek at the return of Girls >>

Even though things seemed to be looking up for Marnie (Allison Williams) and Charlie (Christopher Abbott) at the end of Girls Season 2, she’s suddenly dealing with a trauma and searching for the life she thinks she deserves. Here’s hoping we learn what happened after that brunch!

On the Jan. 12 premiere, “Females Only,” Hannah and Adam have a run-in with Natalia (Shiri Appleby), and then throw a dinner party with Marnie, who’s living back in Jersey with her parents. Jessa is hanging out with an older man, which only highlights her daddy issues.

Immediately following “Truth or Dare,” Hannah, Adam and Shoshanna take a road trip to see Jessa, leaving Marnie to feel like the odd man out as she finally gets a place of her own. Meanwhile, Hannah still isn’t finding the inspiration she needs to meet her deadline.

On Jan. 19, Adam’s odd sister shows up unannounced on “She Said OK,” and Hannah lets her stay, even though Adam is not in favor of it. Marnie tries to control everything at Hannah’s 25th birthday party and Ray (Alex Karpovsky) tries to play it cool around Shoshanna.

Lena Dunham reminds us of the power of love letters >>

On Jan. 26, Hannah tries to cope with an unexpected death on “Deep Inside,” but is more worried about the impact of the death on her book deal. Jessa searches for an old friend she thought was dead and Marnie is shocked to find a video Charlie posted online.

There you have it! That’s the first four episodes in a nutshell. In case you missed it, you should also get a look at the Season 3 trailer below. Keep coming back for all the best Girls news.