The first performers and presenters for the 56th Annual Grammy Awards have been announced. 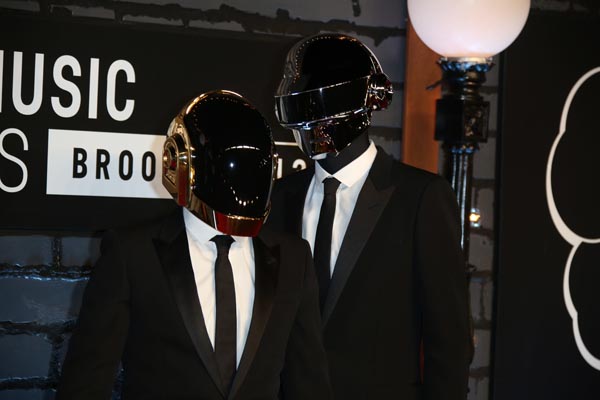 The 56th Annual Grammy Awards are coming this January, and the first performers and presenters have been announced today, Thursday, Dec. 19.

Related story 19 Musical Icons Who Have (& Haven't) Won Oscars Over the Years
Performers:

Included in the list of entertainers for Music’s Biggest Night is current Grammy nominee Daft Punk, who will give their first televised performance since they appeared on the 50th Annual Grammy Awards in 2008. Then, Kendrick Lamar, who has seven nominations, will be joined by nominees Imagine Dragons for a performance, while nominees P!nk and Nate Ruess will perform together for the first time on network television.

Was Kanye West snubbed by Grammy Awards? He thinks so! >>

More performers, presenters and special segments will be announced soon.

And last, but not least, LL Cool J, a two-time Grammy winner, will be returning as host of the industry’s premiere event, taking place on Sunday, Jan. 26, 2014 at Staples Center in Los Angeles and broadcast live on CBS from 8 to 11:30 p.m. (ET/PT).

UPDATE – Jan. 8: More performers added! Lorde — with her first Grammy performance — and Katy Perry have been added to the Grammy lineup, both of whom are nominated for awards. Other performers just announced include the multi-Grammy winner group Metallica with Grammy Cultural Ambassador to China Lang Lang, Nile Rodgers (of Chic), nominee Pharrell Williams and 25-time Grammy winner Stevie Wonder.

Robin Thicke, who’s up for three awards, and Chicago are also scheduled to perform.

Sara Bareilles, also a nominee, and 2014 MusiCares Person of the Year Carole King will be singing together for a special performance.