Demi Lovato is leaving The X Factor, so who will be replacing her? If Simon Cowell gets his way, it will be Miley Cyrus. 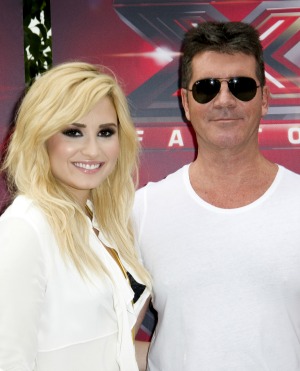 The new season of The X Factor will look completely different than the last season. Demi Lovato has announced she’s leaving the show and won’t be a judge for Season 4.

“It’s been an awesome experience, but I’m itching to go back to music,” Lovato told E! News.

The singer joined The X Factor during its second season and announced she would be returning earlier this year. She hasn’t ruled out returning to the show in the future, but for now she’s looking forward to making a new start with her music.

“I’m getting ready to go on a bunch of tours that I’m planning and that I’ve announced,” she said. “I’m going to start the Neon Lights tour, which is going to be an awesome show that I’ve never done before.”

Lovato previously said she signed on to The X Factor too soon after leaving rehab, but she seems to have enjoyed her time on the show.

The show’s executive producer Simon Cowell knows Lovato may very well be back, but he’s happy she’s pursuing her dreams at the moment. He wasn’t surprised at all when she announced she would be leaving.

“I always thought with Demi it’d be a maximum of two years because she has the tour next year,” he said. “People leave and they come back, we’re used to that on our show. So the door’s open.”

The show has not yet been picked up by Fox for Season 4, but Simon Cowell is already making his wish list of who he’d like to be the new judge.

Cyrus hasn’t yet commented on the possibilities, but her attention-getting antics would likely bring new viewers to Season 4 of The X Factor.