Deeks and Kensi have been getting closer on NCIS: Los Angeles this season, but did the two partners actually hook up in a recent episode or was it just an innocent night of talking? 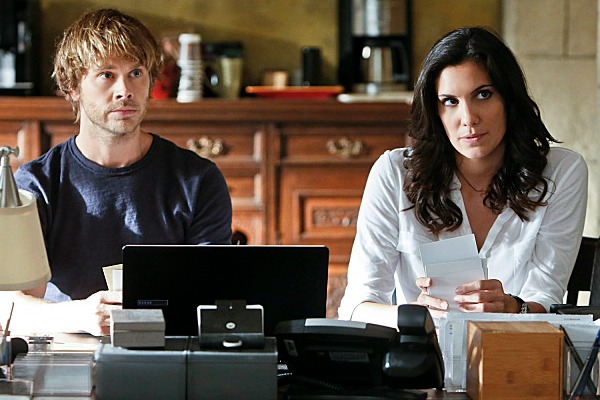 The team on NCIS: Los Angeles has been through some rough times this season. First, Sam and Deeks had to be rescued after being captured and tortured, and Callen thought for a while that he might have found his father but it turned out to be someone else.

Of all the teammates, Deeks is the one who has probably been through the most traumatic experience this season. After spending time in the hospital healing, he went home and fell into a depression. He wasn’t sure if he wanted to be a law enforcement officer any longer after all he’d been through. While everyone on the team did what they could to help Deeks get out of his funk, there was only one person who had the ability to get to him. In a moment that has gone down as one of the sweetest in the show’s history, Kensi went to Deeks’ place and was able to calm him down enough so that he could get the sleep that had been eluding him since the day of his attack.

From that moment on, things were different between Deeks (Eric Christian Olsen) and Kensi (Daniela Ruah). Though they shared a kiss at the end of last season, that moment (and the feelings behind it) had been brutally stolen from them at the hands of Deeks’ torturers. But once Deeks had recovered both physically and mentally, the two of them couldn’t deny how they felt any longer. Deeks did his best to keep his feelings under wraps, but his little comments didn’t go unnoticed by Kensi and she finally demanded that he just tell her how he felt.

After Deeks got his feelings off his chest, the two apparently went back to his place. The next morning they were seen coming into work separately, but everyone noticed that Kensi was wearing the same shirt. Deeks and Kensi acted very awkwardly around each other after that, but before the fans could see more and decide what had really happened, Kensi was sent away on a mission and the only contact they’ve had since has been one short phone call.

Some might speculate that the hookup is a foregone conclusion thanks to Ruah’s real-life pregnancy. But show boss Shane Brennan recently put that rumor to rest. Brennan told TV Line, “I will definitely and utterly and totally rule that out. The pregnancy does not play into their story line at all. Let’s put that thought/rumor/suggestion to rest.”

Cote de Pablo leaving NCIS: Wait, this could be a good thing! >>

Okay, so if Kensi is definitely not pregnant on the show, that still leaves the question of a hookup between her and Deeks up in the air.

What do you think, NCIS: Los Angeles fans: Did they or didn’t they?