Ashley Judd and her sister Wynonna Judd are at war over accusations of spying, and the actress is speaking out about it — but only to tell us to mind our own business. 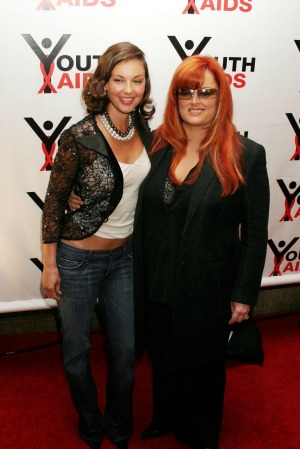 It’s a good, old fashioned family feud for the Judds! Sisters Ashley and Wynonna Judd are battling it out over Wynonna’s teenage daughter and a mysterious GPS device found on the actress’ car, and now Ashley has had to speak out against press speculation that has gotten a cop in deep trouble.

According to a Franklin, Tennessee, police report, Ashley told cops she suspected her sister placed the GPS device on her car during an ongoing custody dispute over Wynonna’s teen daughter.

“It is believed that the device was placed there in order to track their movement,” the report states.

Ashley’s Mini Cooper was brought to an area mechanic’s shop in early November, where they were asked to check for any kind of tracking device. Workers found a large plastic box on the rear passenger side, according to the police report.

The GPS device was registered to private investigator Janice Diane Swafford-Holt. Wynonna’s attorney later contacted police and admitted the singer asked the PI to buy the device, which was later installed by her ex-husband Arch Kelley — the father of the girl in question — who has denied any involvement.

No charges have been filed and the case is currently inactive pending further leads, but one cop is already feeling the fallout. Deputy Chief Mike Jordan has been suspended on the suspicion that he leaked vital details of the case to the media.

That was one step too far for Ashley, who up until now has remained mum on the matter. She issued a statement on her website today.

“The issue at hand is the illegal violation of my privacy in that a tracking device was secretly and unlawfully placed on my vehicle,” she wrote. “For my safety and that of everyone around me, I naturally filed a police report, as any citizen would and should.”

“The media is unfortunately aggressively pursuing and publishing details, some of which should be private and confidential, such as my cellphone number, in their attempt to create salacious and divisive ‘news.’ Our police station and town hall are being barraged with phone calls and emails, diverting them from their priorities in law enforcement and civic management, and taxpayer dollars are being wasted as well. A very fine career detective has been suspended for a moment of poor judgment for succumbing to media invasiveness.”

“It is my, and everyone’s, responsibility to take routine action when any law is broken. I hope the law enforcement officials can continue to do their jobs in spite of media speculation, pressure and poor conduct. Thank you.”