Upon hearing the news that Lifetime has decided to turn the Today Show‘s anchor feud into a TV movie, we decided to have a go at casting the roles of Ann Curry and Matt Lauer. 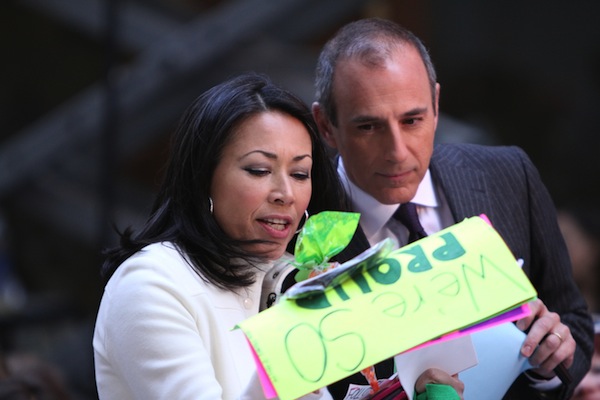 Despite author Brian Stelter’s book Top of the Morning being criticized for depicting Matt Lauer too harshly, the female-focused network has decided to bring its pages to the small screen via a TV movie.

We think we know the perfect actors to play the scholastic Ann Curry and the nebbish Matt Lauer. 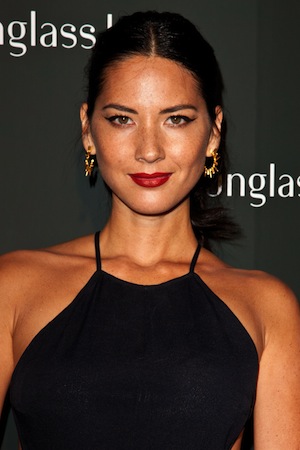 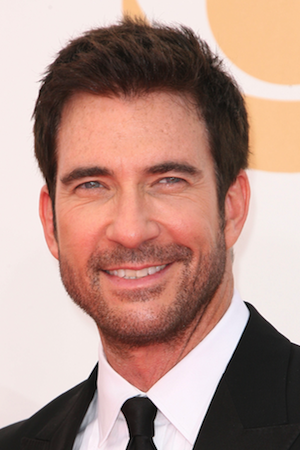 Olivia Munn: Like Ann Curry, Munn is half-Asian and half-Caucasian, making for those alluring almond eyes and gorgeous chestnut hair. Munn also makes a believable news anchor given that she plays one on HBO’s The Newsroom, which also stars Jeff Daniels and Alison Pill.
Dylan McDermott: Both men, only four years apart, were born and raised on the East Coast and have spent most of their career on television. McDermott really made his way into our hearts as Bobby Donnell on ABC’s The Practice, which aired from 1997 to 2004.

The saga of Ann Curry and Matt Lauer coming to Lifetime >>

Olivia Munn: This sensual actress can certainly access her sexuality, but she also knows how to shut it off. Clearly an intellectual in real life, we think she could tap into Curry’s serious side.
Dylan McDermott: While he’s a hell of a lot better-looking than Lauer, McDermott can also hide behind his ego, much like the way Lauer does when he’s feeling threatened.

Olivia Munn: This hot actress is rumored to be included in the third and last season of TV’s The Newsroom, but she is also starring in the action-horror film Deliver Us from Evil with Eric Bana, to be released in the summer of 2014.
Dylan McDermott: The actor is stepping back into movies and will be starring in a thriller called Mercy, which is based on a short story by Stephen King. The film also stars Frances O’Connor and is set to release sometime next year.

Tell us who you think should play Ann Curry and Matt Lauer in the comments section below!