While no one seems to know the truth about Pippa Middleton’s alleged engagement, SheKnows has the inside scoop on her boyfriend Nico Jackson. 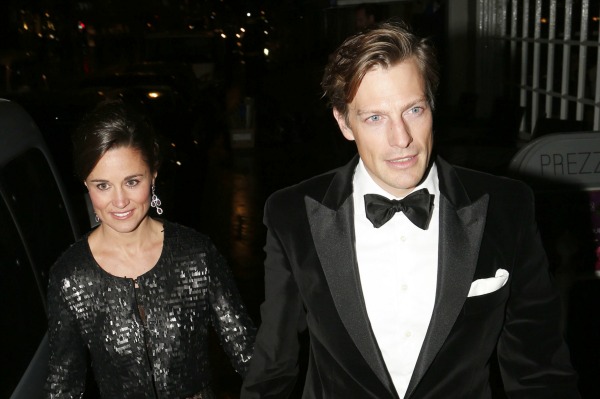 Is Pippa Middleton engaged or isn’t she? There’s been no confirmation or denial from the Middleton camp as to whether there will be another wedding in the family in 2014, but we thought it would be a great time to learn more about her boyfriend, Nico Jackson.

Here are 10 tidbits of information about the dashing Brit.

Is Pippa Middleton engaged — for real this time? >>

He’s handsome and famous enough to warrant a fake Twitter account. Someone is already posing as Jackon on the social media site and pretending to confirm the couple is engaged.

Jackson is rich, but he certainly wasn’t born with a silver spoon in his mouth. The stockbroker has worked his way up the ranks at Deutsche Bank in London.

He might not have been wealthy growing up, but his dad, Martyn Jackson, runs a ski and sports business in his hometown of Folkstone, England. The banker is an avid skier which is the perfect holiday vacation activity for those who travel in fancy circles.

Both families seem to approve of their courtship which always makes for a much easier dating situation. Ulrike Jackson told the Daily Mail in February, “We’re very pleased. They are happy, and that is all that matters. As long as my children are happy, then I am happy.”

Pippa Middleton and Nico Jackson: A timeline of their love >>

He’s in the inner circle with Prince William and Kate Middleton. He met Prince George just two days after he was born. The meeting at Kensington Palace was quite a big deal since not everyone got to meet the royal heir so early on. 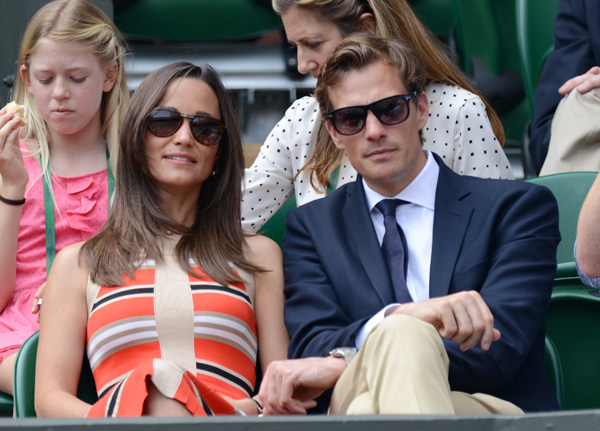 The financier loves to travel. He and Pippa have a bit of wanderlust in their veins. According to a family friend who spoke to the Mail on Sunday, the duo “made a pact to travel to lots of exotic destinations before walking down the aisle to start a family, [so] “there will be lots of trips like this [their early December trip to India] in coming months.”

Jackson is 36 years old and never married, so he is at the perfect age to get hitched and perhaps start a family. Since his career is established, the two lovebirds won’t have any financial worries.

He’s known for being extremely well-mannered, which is definitely a plus since Pippa socializes with a royal crowd. A source told the Express, “He is incredibly charismatic and stands out from the crowd. He is a really good catch.”

Jackson is also a fan of PDA, which is a quality any girl would appreciate in a boyfriend. Pippa has been spotted making out with him on skiing trips, in the backseat of a cab and even on the streets of London.

He’s an athlete. Jackson grew up playing soccer, cricket and tennis so he’s the perfect match for his equally athletic girlfriend.

While their engagement status is still a mystery, the duo are definitely in love and on a path to marriage. Even if this rumor isn’t true, we can bet a ring is in Pippa’s future.