Adam Sandler and Drew Barrymore become a reluctant couple in Blended. They go on a family retreat that turns into a hilarious nightmare. 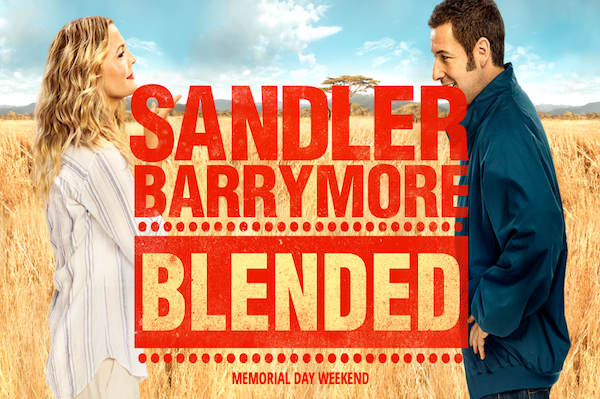 Is the third time another charm for Adam Sandler and Drew Barrymore? The duo reunites for the new family comedy, Blended. They previously worked together in 50 First Dates and the cult hit The Wedding Singer. How can they top those two?

In Blended, Sandler and Barrymore play single parents Lauren and Jim. They previously met on a blind date and it was a disaster. They decided the best thing for them is to stay out of each other’s way. Unfortunately, fate has other plans.

Jim and Lauren both sign up for an African family vacation package. Yet they have no idea that the other will be on the trip. They end up sharing a suite and amenities for the entire stay. As each day passes, it becomes less of a vacation and more of a hassle.

Blended features an ensemble cast that includes Community’s Joel McHale as Lauren’s ex-husband, Wendi McLendon-Covey (Bridesmaids) as her best friend and Kevin Nealon (Weeds) and Jessica Lowe (Funny or Die’s RobotDown) as an overly romantic couple that gets too close for comfort.

Plus, we can’t forget the hilarious Terry Crews (Brooklyn Nine-Nine) as the resort’s singing host. The film’s directed by Frank Coraci, who previously worked with Sandler and Barrymore on The Wedding Singer.

Watch the first trailer for Blended below:

Blended is slated to hit theaters May 23.

What do you think of Blended? Will you be checking it out?