Lindsay Lohan’s career has been revived numerous times, and in all different ways. But is it time for her to go back to the music industry? 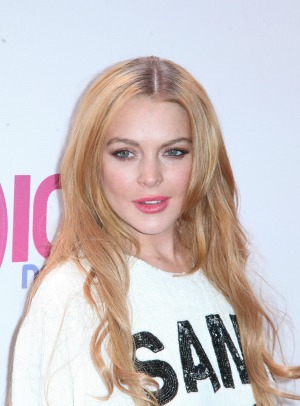 Lindsay Lohan is in a little bit of career limbo right now. She was released from rehab in July and her last film, The Canyons, came out months ago. Right now, she is deciding what her next step will be be.

But one Charlotte-based record label thinks they have the perfect solution for her career. SMH Records announced they offered Lohan a record deal if she wants to restart her music career.

“Lindsay is a tremendous talent and our distribution through Capital (sic)/ Universal Music Group means we have the resources to help Lindsay make her comeback,” Jonathan Hay, founding partner of SMH Records, said.

While the offered contract is likely an attempt at publicity for the label, it still brings up a valid point — what is Lindsay Lohan going to do next?

It was previously reported that LiLo will be working with Kate Moss’ husband, Jamie Hince, to revive her music career and has posted photos of herself online in a New York recording studio.

The offer isn’t a first for Lohan, who has released numerous albums and songs, including 2008’s “Bossy.” The song became her first single to hit number one on the Hot Dance Club Chart. According to Billboard, her song “Over” also stayed at number one for three weeks in 2005.

Even without music, Lohan is staying plenty busy. She is currently filming her documentary on the Oprah Winfrey Network, and is set to appear in an episode of Eastbound & Down. She also announced she will be writing a new tell-all book about her life. Filmmakers who are willing to put her in their films seem to be becoming rarer, and music may be the best option for her right now.