Agent Ellie Bishop has been with the team on NCIS for three whole episodes. Do you think she’s ready to join Gibbs and the gang permanently? 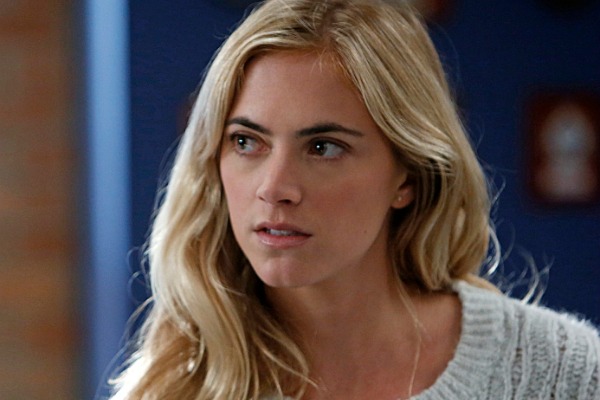 Ever since CBS announced that Cote de Pablo had decided to step away from her role as Ziva David on NCIS, fans have been in a state of frenzy. Some promised never to watch the show again once de Pablo was gone, while others wondered if a change of pace might not bring new life to a show going into its eleventh season.

After Ziva made her final appearance in a touching episode called “Past, Present and Future,” NCIS took some time before bringing in a replacement. The choice was a good one. It allowed fans to mourn the loss of both Ziva the character and de Pablo the actress. The show aired six episodes without bringing in a permanent replacement, instead giving the team a chance to grow closer together.

Once enough time had passed, Ziva’s replacement finally came in the form of Ellie Bishop (played by Emily Wickersham). In a lot of ways, Bishop was everything that Ziva was not. Bishop was kind of quirky, while Ziva had been more mysterious. Another big difference between Ziva and Bishop was the fact that Bishop arrived on the team as a married woman, thereby taking away even the remotest possibility of a hook-up between her and any of her new teammates.

Cote de Pablo leaving NCIS: Wait, this could be a good thing! >>

After years of being teased with “Tiva” (a relationship between Tony and Ziva), it was time for Tony as well as NCIS fans to move on. But now that Bishop has been around for a few episodes, is the fandom ready for her to stick around?

So far, the response to Bishop appears to be mostly positive. Her character is likeable, but is not above having a few flaws. She gets along with the rest of the team and has proven that she has what it takes to get the job done when necessary. She has even stood up to Gibbs, which shows that she’s brave.

But though the response appears to be mostly positive, there are undoubtedly those out there who aren’t happy with Bishop. Is that because they don’t like the new character or simply because they cannot see anyone else sitting at Ziva’s old desk?