The cast of Batman vs. Superman continues to grow. The latest actor linked to the upcoming sequel is Oscar nominee Joaquin Phoenix. 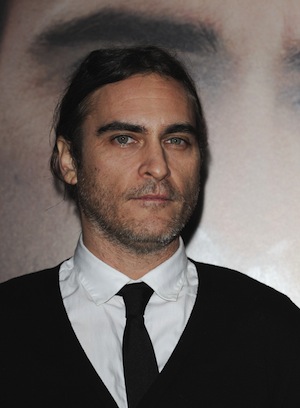 The Batman vs. Superman movie is getting more interesting by the minute. First, there was the casting of Ben Affleck as the Caped Crusader, then the addition of Gal Gadot as Wonder Woman. What could top that? How about Joaquin Phoenix as their formidable foe?

Variety is reporting that Warner Bros. wants the Her star to play the big bad in the sequel. Their sources claim that the studio may be eyeing him for the role of Superman’s arch-nemesis Lex Luthor. Or course Warner Bros. isn’t confirming the news as it’s still early in the negotiation stages.

Phoenix isn’t known for being a blockbuster actor. In recent years he’s steered clear of big films in favor of more prestigious fare such as The Master. But Batman vs. Superman may have an ace up its sleeve: Phoenix and Affleck happen to be very close. Phoenix’s sister Summer is married to Ben’s younger brother Casey. This could turn into a real family affair.

We’d love for Phoenix to appear in the film. He’s a talented actor who’s no stranger to playing dark characters. He earned his first Academy Award nomination for playing the sinister Commodus in Gladiator. We know he has it in him.

Batman vs. Superman is directed by Zack Snyder and also stars Henry Cavill and Amy Adams. It’s scheduled to open in theaters July 15, 2015.

Do you think Phoenix would make a good villain?