Disney’s Mary Poppins has made the cut. The award-winning musical is one of the titles chosen for the 2013 National Film Registry.

Related story Is There Going to Be a Princess Diaries 3? 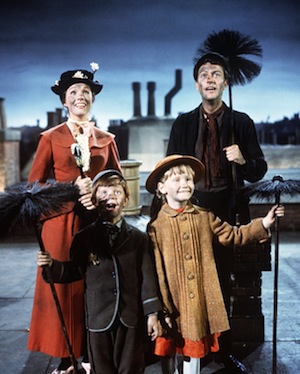 The Library of Congress has announced the latest additions to the National Film Registry. It’s an institution that preserves films that are deemed culturally, historically or aesthetically significant. Each year, they unveil a new list of inductees. Since its inception in 1989, they’ve selected classics such as The Wizard of Oz, 2001: A Space Odyssey, Bonnie and Clyde, Forrest Gump and Lawrence of Arabia.

Here’s the full list of films added to the National Film Registry in 2013:

What do you think of this year’s inductees?