Justin Bieber says he’s retiring soon at the ripe old age of 19, but his camp says not so fast, sport. 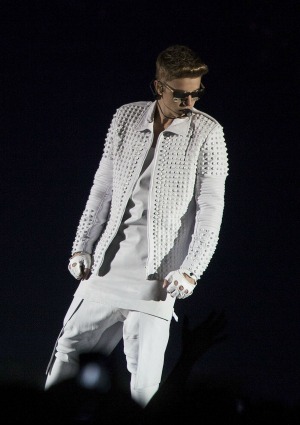 Justin Bieber shocked his fans yesterday by announcing he is just about done with all this fame and fortune business — but is he for real?

In an interview with Los Angeles, California-based hip-hop radio station Power 106, the teen idol said his next album, Journals, will be his last.

The members of the “All That Matters” singer’s camp scrambled to cover their butts and keep their paychecks coming, insisting to multiple media outlets that Bieber was totally just kidding and his next album, which is set for an iTunes release on Dec. 23, is far from his last.

One source told E! News, “Of course it’s not true.”

TMZ spoke to another insider, who refuted the retirement claims, saying, “The kid’s got ambition.”

Justin Bieber claims he’s attacked by the media every day >>

Tell us: Should Justin Bieber throw in the towel and retire while he’s on top?