Being sober has certainly been paying off for Lindsay Lohan and she is well on her way to replenishing her lost fortune. Is the latest step in her career comeback a music collaboration with Kate Moss’ husband? 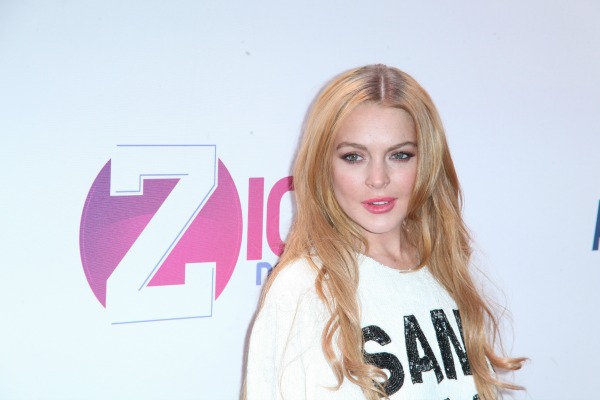 Lindsay Lohan has scored a lot of deals since completing her 90 days of court-ordered treatment in a California rehab facility and not only is she said to be busy writing a tell-all book about the secret details of her life, she is also planning to reignite her music career.

Lohan previously released her debut album Speak in December 2004, an album that was filled with pop tracks. However, it has been reported that now The Canyons star wants to move on to bigger and better things and is trying to make a new album that experiments with electronic dance music.

According to TMZ, the actress would love to get a new recording contract with a new label (she was previously signed with Casablanca Records) and is trying to pull all the strings she can with her contacts in the music business. She reportedly is seeking help from her friends, including industry giant Lady Gaga and previous fling The Wanted’s Max George.

One thing is for certain: LiLo certainly is persistent. She has already posted several pictures of herself on Instagram in a New York recording studio that hint that she’s more than ready for a comeback. The pictures also include a signed copy of The Kills’ record and were accompanied by the hashtags #jamiehince #studiotime.

This has caused mass speculation as to whether the Mean Girls actress is working on a secret project with Kate Moss’ husband.

A source revealed to the Daily Record newspaper: “Lindsay’s really embarrassed by [her previous] music, it was really poppy and cheesy. She sees herself as far more credible now.”

“Jamie [Hince] is one of her idols — she loves The Kills and sees herself as a bit of a rock chick.”

What do you think of Lohan’s attempts to make a musical comeback?