Dan Croll has a brand new single, “Home,” out now and an album on the way in early 2014. Why should you give him a listen? Because we can’t think of a single person who won’t be charmed by his sound. 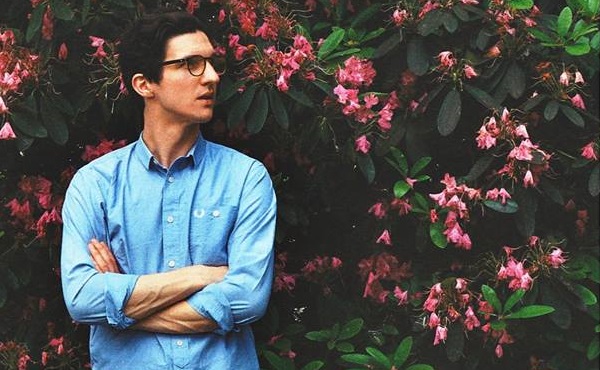 If you’ve not heard of Dan Croll yet, we’re sure you will soon. The uber talented U.K. musician made the rounds at SXSW earlier this year and his American fan base has been growing ever since.

Listen up! Cut Copy will make you twitch >>

It’s a well-deserved thicket of followers, too. There’s something real and honest about the words from Croll’s mouth, whether he’s singing or answering questions. At first glance, he seems like an open book and, upon deeper inspection (read: further internet stalking), he seems just as available. Croll is not a rock star. He’s a best friend with an amazing voice, a firm grasp on instrumentation and self-editing and one seriously sweet smile.

With an obsession for discovering new sounds and layering his favorite instruments (which are all of them), Croll makes quite the unique sound. He has readily admitted to Interview and more that when he starts writing a song, it always begins with more instruments than he ends up using.

For Croll, making music is not about building up noise but, instead, the art of editing it away to just the right number of sounds. His music is never overwhelming or annoying, even at times when he allows himself to be more heavy-handed with instrumentation. Croll’s sweet voice keeps things grounded as it rings out a comfortable tone with each word. There’s nothing Croll could do to make you feel unsafe in his warm vocal cocoon.

Why Laura Marling is far from a failure >>

Perhaps most impressive about Croll is his blend of acoustic with electronics. Think Vampire Weekend but less pretentious. Croll is just as likely to toss in a little mandolin, maraca or accordion — yep, he’s learning to play the accordion — as he is to whip up a little somethin’-somethin’ with the help of his laptop. In the same way that Avicii mixes acoustic guitar with big club style computer generated sounds, Croll often leans toward that same blend, but prefers to give each note from each instrument room to breath.

Expect laid-back nodding through tracks like “Only Ghost,” a song written after the loss of a friend. Then feel almost the exact opposite on other tracks. “From Nowhere” will easily lift you from your desk chair and send you shuffling rhythmically to the water cooler.

Croll’s aptly named debut full-length album, Sweet Disarray, releases on March 10, 2014. With so much cross-genre instrumentation, there’s no reason Croll couldn’t pull in an even wider span of fans as his music is heard by more and more people. But with his influence coming from multiple directions, it causes quite the conundrum for music store workers. Where do you file a CD that defies genres and generalization? Our answer: Everywhere.