NBC has announced plans to air a sequel to the hit miniseries The Bible called A.D. The new 12-hour miniseries most likely will air in the spring of 2015. 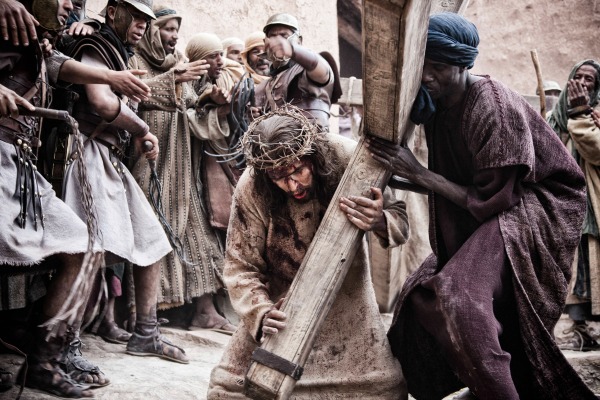 If you were a fan of the epic miniseries The Bible that aired earlier this year on the History Channel, you’re going to be elated with this news. NBC has green-lighted a 12-hour sequel to the miniseries called A.D.

In a press release sent out by the network on Tuesday, NBC announced the new project will be produced by LightWorkers Media with original creators Mark Burnett and Roma Downey, and Richard Bedser all serving as executive producers. The special event is expected to air in the spring of 2015.

It turns out that NBC has had an interest in doing a sequel even before the original series aired.

“Last year when Mark Burnett was launching The Bible on cable, I told him, without hesitation, that if he wanted to tell more of the story, we’d love to do it at NBC,” said Robert Greenblatt, chairman of NBC Entertainment.

Why the interest in carrying on the story? NBC likes to think of itself as in the event business and A.D. certainly promises to be just that.

“We are firmly in the ‘event’ business and nothing has more event potential than A.D. as it continues immediately after the The Bible ended,” Greenblatt said. “The heft of a broadcast network, combined with the promotional arms of NBCUniversal and Comcast, will push this miniseries to a mass audience. We value our relationship with Mark and Roma and know that no one could bring this story to life better than them.”

Some might think that the end of the story came with the Crucifixion, but NBC knows there is still a lot more to tell.

“You might think the story is over at the Crucifixion, but as most of the world knows, that was only the beginning,” said Jennifer Salke, president of NBC Entertainment. “Everyone’s lives were completely altered in an instant and the immediate aftermath of Christ’s death had an impact on his disciples, his mother Mary and key political and religious leaders of the time. In the first episode alone you see the last moments of the Crucifixion, Judas taking his own life after betraying Christ, Peter denying Jesus three times and then the miracle of the Resurrection. We feel so fortunate to be in the hands of Mark and Roma, who have proven that the greatest story ever told is still just that.”

The creators of the original miniseries were understandably thrilled at the idea of their series getting a sequel on a network the size of NBC.

“We are so thrilled to be all systems go with NBC on A.D., our follow-up to The Bible,” said Downey and Burnett. “It is the story that changed the world. Millions have died for it and billions live by it. We know that an enormous community will be counting the days until A.D. premieres. We look forward to making this an epic global television event.”

What do you think of the news that NBC will be airing a sequel to The Bible? Do you plan to watch A.D. when it airs in 2015?