He might be a winner on the basketball court, but Michael Jordan isn’t winning when it comes to real estate. His Illinois home fails to sell at auction. 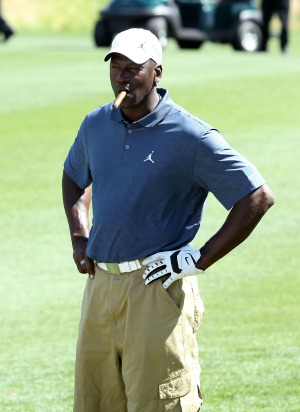 The real estate market has been tough for many people during the past five years, even for celebrities. Count Michael Jordan as one star who falls into that category.

On Monday, the former NBA athlete tried to sell his Chicago-area compound at auction, but the offers failed to meet the reserve price set by Jordan.

His spokesperson Estee Portnoy told CNN, “We are disappointed that the high bid in today’s auction of Michael Jordan’s residence in Highland Park did not meet the reserve price. We will be evaluating options for the property in the new year.”

The 50-year-old expecting dad listed his home in February 2012 at $29 million. The price was eventually cut to $21 million before going to auction.

The bar was set high for bidders to participate in the Concierge Auction. They had to put up a $250,000 bond to bid.

For real estate investors, the property boasts many specialized amenities, including a full-size NBA regulation indoor basketball court, a putting green and a garage that houses 14 cars. The home has nine bedrooms, 15 bathrooms and sits on more than seven acres. That’s a house fit for a king!

Even with its celebrity status, that’s a big price tag for the Highland Park, Illinois, area.

Coldwell Banker real estate agent Howard Mandel told the news channel, “Homes over $3 million are still a tough sell. It’s an awful lot of money, Jordan or no Jordan. Granted it’s got a full regulation NBA court, but I don’t know how many people are looking for that. It could turn into a tear down.”

Don’t feel sorry for the former Chicago Bulls player, though. He still has plenty of money from his playing days with endorsements from Pepsi, Nike and Hanes. He’s also an investor in the Charlotte Bobcats, several restaurants and a motor sports team.