Orlando Bloom says he still believes in love despite his recent split from Miranda Kerr. The actor says he wants to find a heart-to-heart connection with someone. 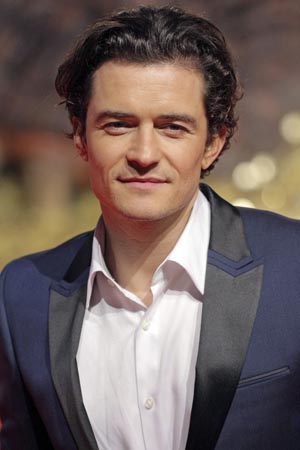 His once-happy marriage to Miranda Kerr may be over, but Orlando Bloom still believes in love and wants to find that special connection in the future.

A failed relationship will not deter the Lord of the Rings star, as he won’t let go of romance anytime soon.

Miranda Kerr: “Orlando Bloom has a bit of a foot fetish” >>

“I’m completely in love with the idea of love. Maybe I’m all misty about it because I’m playing Romeo,” Bloom said, referring to the Broadway play he starred in recently. “But I really believe in, you know, that sort of heart-to-heart connection.”

Even though Bloom and Kerr separated, they still have a close relationship and as the 36-year-old Brit said, they both still “love and cherish each other.” This amicable relationship seems to have helped Bloom in staying positive about love.

However, he does admit that while he may seem like the perfect man due to all his noble film roles, he’s not as awesome as some women may expect.

“I’m sure I was a great disappointment to many women because I wasn’t Errol Flynn. I’m me,” Bloom told E! News. “I think that’s got some merit.”

Bloom may be ready to find his love connection, but he is also not going to stop hanging out with Kerr. The former couple is often seen together while taking their son, Flynn, nearly 3, out on the town. On Thanksgiving weekend, the happy family was spotted having lunch together in New York City before going to see Bloom perform in his Romeo and Juliet play.

“We’re going to be in each other’s lives for the rest of our lives,” Bloom explained shortly after his separation. “There’s no question that for the sake of our son and everything else, we’re going to support one another and love each other as parents to Flynn.”