Justin Timberlake made a fan’s dream come true by stopping the concert so he could propose to his girlfriend. So romantic! 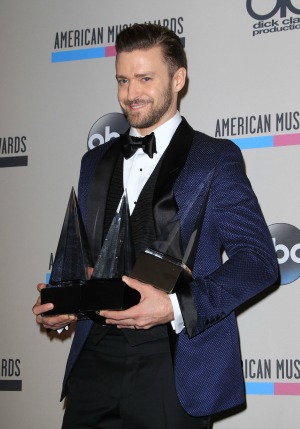 The trend of the week is for celebrities to help out fans with their wedding proposals. Not only did Aaron Paul pitch in this weekend, so did Justin Timberlake.

On Sunday, the “Suit & Tie” singer stopped his entire concert in Louisville, Kentucky, so an audience member named Josh could propose to his girlfriend Kim. According to People, Josh had contacted Timberlake’s team in November to see if he could make the proposal happen at the 20/20 Experience Tour.

VIDEO: 5 Sexy reasons Justin Timberlake is Man of the Year >>

The Grammy winner obliged and it all went down just after he sang “That Girl” to the audience.

The 32-year-old performer introduced himself to Josh to set the stage for the proposal and then invited the couple to join him.

Once they got up to the platform, Timberlake revealed to Kim that this was all a setup.

He said, “Josh called me earlier. He’s got something he wants to tell you.”

At that moment, the concertgoers realized what was about to happen and they began cheering loudly. The musician stepped back to give them the stage while Josh proposed to his girlfriend.

Flashes from cameras went off and the audience screamed when Josh planted a kiss on Kim. That’s a pretty good indication that she answered “yes.” Timberlake was seen applauding for the newly engaged couple at the end of the clip.

We wonder if Timberlake will now be invited to the wedding?