New Girl has plucked the Mad Men and Freaks and Geeks alum, Linda Cardellini, to join the cast as Jess’s sister. 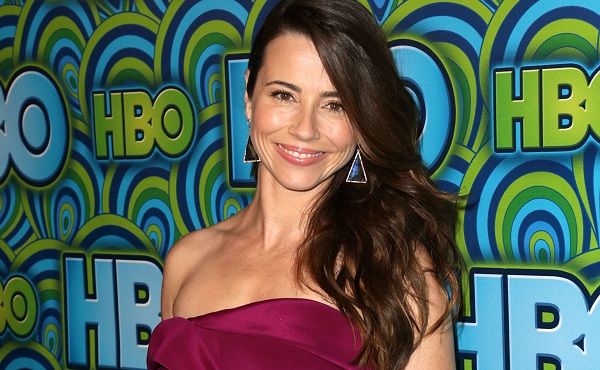 The New Girl showrunners are all set to add a little more crazy into Jess’ life with the addition of her “wild” sister, Abby, played by Linda Cardellini. It’s unclear as to just how many episodes will feature Cardellini, but we do know her story arc will begin in February and stretch over multiple episodes.

This isn’t the first family member introduced to the show. New Girl previously introduced us to Jess’ mother (Jamie Lee Curtis) and father (Rob Reiner), who are also set to return after the new year. They’ll rejoin the cast for an episode believed to center on Jess’ birthday. We also met Nick‘s parents and siblings on various occasions, like his dad’s surprise visit and, later, the funeral episode. We even met Schmidt’s ex-marine cousin, who always tries to prove he’s better than Schmidt. Last season, we also met Winston’s mother (who hates Schmidt) and sister (who captivates Schmidt).

Why we love Hannah Simone, the girl behind Cece >>

Cardellini’s part on New Girl marks her newest project since last year’s stint on Mad Men. During her time on the AMC mega-hit, Cardellini played a New York City neighbor of the Drapers who was married to a doctor and quickly found herself tangled up in an affair with Don. Cardellini is best known for her role as Lindsey Weir on the Judd Apatow show Freaks and Geeks. While her role on Mad Men earned her an Emmy nod, we felt a little awkward seeing “Lindsey Weir” in such a scandalous situation. We’re hoping her time on New Girl will seem like a more comfortable fit.

New Girl also recently pulled in another major guest star. The O.C.‘s Adam Brody is slated to appear on the Fox comedy this season as well. Brody will appear in an episode appropriately titled “Exes” and will play Jess’ ex, Berkeley, a stay-at-home dad who has supposedly stayed closet friends with Jess since their breakup.

Love the show? Play our version of their True American drinking game! >>

New Girl returns in January and we can’t wait.