John Mayer and Katy Perry revealed the story behind their duet “Who You Love” — and debuted their new video! 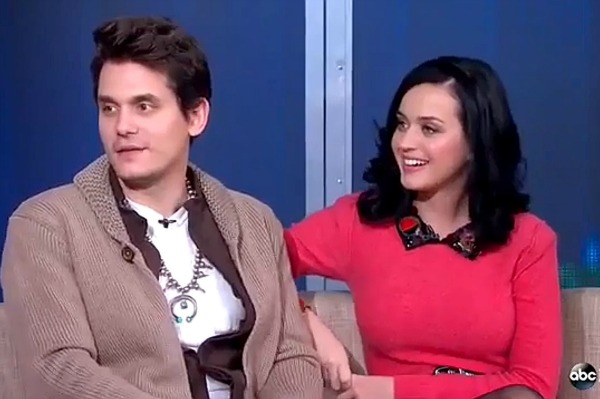 Many find John Mayer and Katy Perry to be unlikely romantic partners, but now they’re musical partners too — and it ain’t half bad!

The couple appeared on Good Morning America today to debut the video for their duet “Who You Love,” and revealed how exactly they decided to extend their partnership into the recording studio.

“I had this little chorus for years and it was ‘You love, who you love.’ I thought that was always going to be great thing someday. And then it came out again and sometimes you have to play stuff for people; it’s really nice to have an unbiased ear,” Mayer recalled. “And then [producer Don Was] said ‘Why don’t you get Katy to do it?'”

But Mayer was not exactly down with the idea — at first.

“My very first thought was ‘You can’t do that.’ The more I thought about just get music part of it, it made sense. Even if I didn’t know Katy, it would have made perfect sense,” he continued. “I went in the other room, called her phone.”

In the end, Mayer says their pairing in real life makes a good song even better.

“If the song is great, you’re sort of in a bubble of authenticity,” he said. “It’s a pretty big moving target to be a couple and have a song, but I think there’s an authenticity to it.”

Perry added, “It transcends us. It’s more about the message of the song.”

Watch John Mayer & Katy Perry talk about “Who You Love”