Bradley Cooper has come a long way from playing a sidekick on Alias. The former Sexiest Man Alive had to overcome personal demons before landing on Hollywood’s A-list. 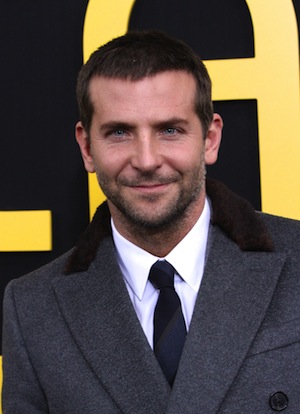 In the latest issue of GQ (via Us Weekly), Bradley Cooper reveals his tumultuous past, which includes alcohol and drug abuse. It all started in 2001 when he played Will Tippin, Jennifer Garner‘s (Sydney Bristow) BFF on Alias.

At the time, he was very much a sideline character. There was no juicy material for Cooper to sink his teeth into. “I would only work three days a week,” he says. “And then for the second season, I got even more sidelined. I was like, ‘Ugh.'”

After dealing with a subpar schedule, Cooper was ready to throw in the towel. “And then next thing you know, I was like, ‘I want to f***ing kill myself,'” he reveals. He asked show creator J.J. Abrams to write him out of the series. “J.J. was like, ‘OK.’ He probably would’ve fired me, anyway.” Cooper didn’t have anything else lined up, and began dabbling in drugs and alcohol.

“If I continued it, I was really going to sabotage my whole life. I think work was getting f***ed up,” Cooper admits. “The one thing that I’ve learned in life is the best thing I can do is embrace who I am and then do that to the fullest extent, and then whatever happens, happens. The more steps I do to not do that, the farther I am away from fulfilling any potential I would have… Yes, of course it hindered the work.”

Cooper eventually realized substance abuse wasn’t the way to go. If he wanted a successful career he had to clean up his act, and he did. Those trials and tribulations really paid off. For the past five years he’s been on the fast track. He’s one of Hollywood’s most sought-after stars, and has gone from begging for screen time to drowning in scripts.

This month, you can catch Cooper in the critically acclaimed film American Hustle.