Chris Brown is trying to work his way out of trouble, but the judge revoked his probation in the Rihanna case. Is he headed to jail? 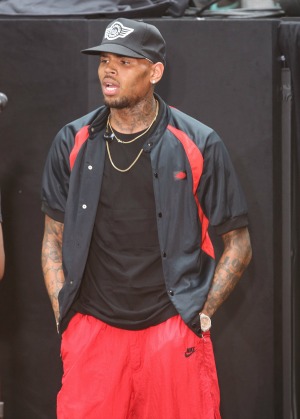 Chris Brown was back in court on Monday to hear a Los Angeles judge’s decision about his probation in the Rihanna case. It’s not looking good for the “Turn Up The Music” singer because the court revoked his probation after his recent assault charges from a brawl in Washington, D.C.

This just adds another layer to Brown’s troubles since he’s currently in court-ordered rehab after being forced out of his first rehab facility for throwing a rock at his mother’s window. His stint at both facilities was to assist with his anger-management issues.

There was an upbeat moment in the courtroom, though, because the judge seemed pleased with the 24-year-old musician’s progress in rehab. According to TMZ, Brown is actively participating in therapeutic activities like boot camp and a 12-hour ropes course that helps “to enhance team-building skills and trust.”

He has also eliminated medical marijuana from his daily regimen and been placed on psychotropic drugs. The facility says he’s starting to “emotionally regulate himself.”

Tara Reid allegedly glassed in the face by “psycho” clubber >>

Even though his D.C. assault charge was downgraded to a misdemeanor, Brown could still face jail time at the next hearing in February. He also must complete his time in rehab as well as finish his court-ordered community service sentence.

That’s a pretty tall order for Brown, who can’t seem to stay out of trouble. Let’s hope 2014 is the year the performer keeps his anger issues under control.