Shia LaBeouf presented his new film at Cannes and received some acclaim from critics. But when it appeared online Monday, bloggers noticed a striking similarity to another project. 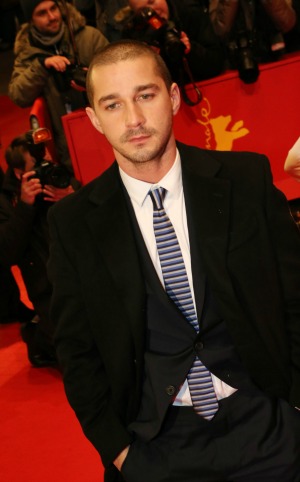 Shia LaBeouf premiered his short film HowardCantour.com at the Cannes Film Festival in 2012 and gained some applause from critics. The film follows the life of an online film critic.

Shia LaBeouf attacked in London for being a total creep >>

But when the film was finally made available online Monday, some major controversy started to surround the movie. According to Entertainment Weekly, just as soon as it appeared, bloggers began comparing it to a comic, Justin M. Damiano by author Daniel Clowes.

As time passed, the bloggers began comparing all the striking parallels between the film and the comic. They also noted how there was no mention of the comic or any sort of attribution to Clowes. Not long after it was released, the film became password-protected, so it basically disappeared from the public eye.

LaBeouf’s reps didn’t respond to the claims, but Tuesday morning the actor owned up to his mistake, and issued an apology through Twitter.

Copying isn't particularly creative work. Being inspired by someone else's idea to produce something new and different IS creative work.

In my excitement and naiveté as an amateur filmmaker, I got lost in the creative process and neglected to follow proper accreditation

Im embarrassed that I failed to credit @danielclowes for his original graphic novella Justin M. Damiano, which served as my inspiration

LaBeouf then said he didn’t write the film, and it appears there is not actually a writer listed under the credits.

I was truly moved by his piece of work & I knew that it would make a poignant & relevant short. I apologize to all who assumed I wrote it.

The actor, who has been considered something of a hothead in the past, added that he “f***ed up”. But the plot thickened when Buzzfeed reported that his apology may have also been plagiarized. They found it in a Yahoo Answer written by a user “Lili” four years ago.

“Merely copying isn’t particularly creative work, though it’s useful as training and practice,” Lili wrote on a forum about Picasso. “Being inspired by someone else’s idea to produce something new and different IS creative work, and it may even revolutionalize [sic] the ‘stolen’ concept.”

Shia LaBeouf warned about surveillance calls back in 2008 >>

LaBeouf is reportedly a known fan of Clowes, and recently explained to Short of the Week how he came up with the idea for the film.

“I know something about the gulf between critical acclaim and blockbuster business. I have been crushed by critics (especially during my Transformers run), and in trying to come to terms with my feelings about critics, I needed to understand them,” LaBeouf said. “As I tried to empathize with the sort of man who might earn a living taking potshots at me and the people I’ve worked with, a small script developed.”

Clowes also did not respond to requests for a comment.