Nearly everyone is excited about Beyoncé’s new album — except Target. What’s the retailer’s issue and how is it handling the problem? 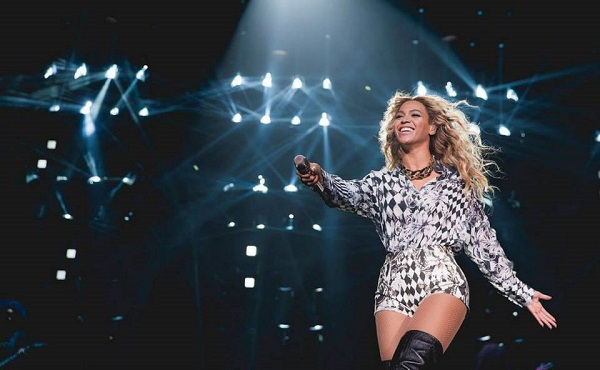 As it turns out, not everyone is as impressed with Beyoncé’s big surprise release as we, her fans or (almost) the rest of the world are. Who’s the Beyoncé party pooper? The upscale discount retailer Target.

Now that Queen Bey has raked in more than half a million album sales in just a few days, she’s ready to release her groundbreaking album in a physical copy and Target is refusing to supply the masses. Why? Target’s spokesperson Erica Julkowski explained the retailer’s stance to Billboard.

“At Target we focus on offering our guests a wide assortment of physical CDs, and when a new album is available digitally before it is available physically, it impacts demand and sales projections,” Julkowski said.

“While there are many aspects that contribute to our approach and we have appreciated partnering with Beyoncé in the past, we are primarily focused on offering CDs that will be available in a physical format at the same time as all other formats. At this time, Target will not be carrying Beyoncé’s new self-titled album Beyoncé.”

Ouch? Probably not. While there are still plenty of people who love to own physical copies of albums, digital music purchases have eclipsed physical album sales. Last year, Nielsen SoundScan found that digital sales made up 50.3 percent of all music purchases. That number is expected to increase over the next several years.

It also seems like most people who still buy physical album copies don’t exclusively buy physical — they’re perfectly content to buy music in other formats as well. So even people who love their stacks of CDs won’t avoid Bey’s album simply because right now they can only purchase it in its digital format. We suspect this won’t hurt Beyoncé‘s sales at all.

Beyoncé’s self-titled release has become the fastest-selling album ever worldwide in the iTunes store, according to iTunes and Columbia Records, Billboard reported. The surprise album was exclusively released via iTunes online at midnight on Friday, Dec. 13, and according to the singer’s record label, Columbia Records, Beyoncé sold 828,773 copies in its first three days through the close of business on Sunday night. A physical version of the album is expected to be sent to brick-and-mortar retailers later this week.

Music review: Was Bey’s “Drunk in Love” video too much? >>

But will Target’s decision to not carry the physical album affect the retailer? That’s also doubtful. Over the years, Walmart has refused to sell such items as a pregnant Prince’s Lovesexy (the cover was a little risqué), Goo Goo Dolls’ A Boy Named Goo, Green Day’s 21st Century Breakdown, anything pertaining to Marilyn Manson and Sheryl Crow’s debut album. We all know that discount store is doing just fine and we suspect Target will see little ill effect, too.

Was it worth the risk, though? Do you think Target has a valid point or does it seem like the retailer is just stomping its feet when things seems unfair?

Want more music news? Sign up for our newsletter! >>